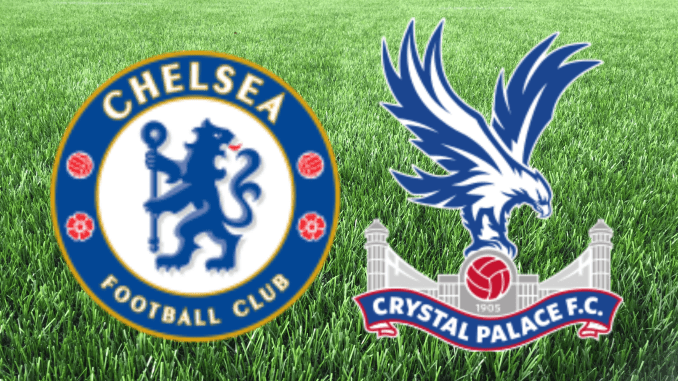 Today’s early afternoon game sees us take on Crystal Palace at Stamford Bridge but not before we finally honour Gianluca Vialli at home. There is a planned tribute to our former player and manager before kick-off and I’m sure more tears to be shed.

As for today’s game, that’ll likely make us all want to weep as much as most of our games have in recent weeks. The confidence seems to have drained from front to back, with hesitancy and doubt seeping through every position, we attack sideways, stand still in the middle of the pitch and spend so much time fannying about at the back, we should really have more of a clue when our opponents come and join us there, although I suspect our defence dispersing in different directions might have something to do with the flapping going on behind them (or should that be in front of them, given Kepa’s apparent aversion to his line lately).

We are in absolute disarray most of the time, and I say most of the time because we actually didn’t look too bad against Fulham to start with. Ok, we went a goal behind to Willian, of all players, but we responded well, and Joao Felix was largely responsible for that. We got it back to 1-1 after the break but a horrible couple of minutes that saw Zakaria go off injured swiftly followed by Joao Felix before an hour was up, for a reckless challenge, gave us an impossible job to finish.

So, it was another 3 points dropped and our third consecutive defeat. We’re 10th in the table, top four is done, in fact any European place is probably done this season but given the need for a proper clear out and rebuild, that’s not the worst thing that could happen. Palace also come into today’s game off the back of a 2-1 defeat, theirs was in the FA Cup against Southampton. They are 12th in the table but a win would see them level on points with us, with a game in hand. Chelsea have won each of their last 11 Premier League games against Palace but we know how well records stood up in our last game and Potter is yet to beat Palace at home in his managerial career…..

Still, the way things are going upstairs, if we lose again today we could be linked to deals for Bellingham and Mbappe by the next time we play.

Going into today’s game, Chelsea manager Graham Potter, says “We have to recover from the disappointment of Thursday’s game and then we have to assess all the players in terms of recovery and injuries. Then we have to try to be positive and move forward and take a home game on. It’s another London derby against a team with dangerous players so we have to be good ourselves and prepare the team.

I think Patrick’s done a fantastic job since he’s been there. They’ve always got dangerous players. Young players so they’re not maybe as consistent as they would like, but the quality they have with Eze, Olise, Zaha, there’s players there who can travel with the ball well, who can attack, who can eliminate you in one-on-one situations. Then I think they’ve improved their build-up phase of the game. The two centre-backs are good with the ball and they’re a competitive team.”

Crystal Palace manager, Patrick Vieira, meanwhile, says “At the moment, they may be in a difficult period because of everything going against them – and there are so many teams in that position – but it doesn’t take away the quality they have.  We have to perform well and not think about the run of games they’re having at the moment.  We want to focus on ourselves and improve on the last game, be more competitive, more consistent to allow ourselves to win.”

For Crystal Palace, James McArthur and Nathan Ferguson are missing through injury, but Tyrick Mitchell returns from suspension.