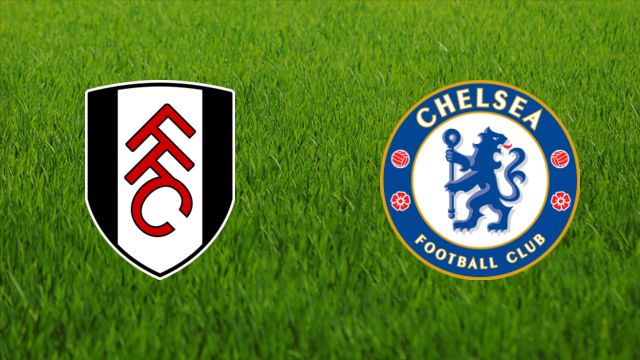 After holding our own against City in the Premier League game, its fair to say we did everything but hold theirs for them in the FA Cup. I mean, we did some serious bending over. It was ugly.

Whilst still mourning the loss of Gianluca Vialli, many of us would have held on to a shred of hope for a performance befitting his memory, we were instead subjected to yet another abject display from a group of passive, passionless, pretenders. It was nothingness, again. Tediously familiar, mind-blowingly mad that we are here, again, and so the rendition in honour of ex-managers and ex-owners rang out.

I get it, I mean it’s beyond frustrating but at least the owners and manager have newness to blame for not quite firing on all cylinders just a matter of months into the roles but the players, for them, there’s just no excuse or at least no excuse that stands up. We go through managers like a dose of salts, yet each time, the replacement inherits a group of lazy, apathetic lightweights, most of whom couldn’t care less about the badge on the shirt and simply aren’t fit to wear it. So, for me, Potter wouldn’t be first in the firing line because its time to turn the tables and weed out the rot from the roots.

Tonight though, our disparate group of fun-suckers make the short trip to Craven Cottage to face a Fulham side who find themselves several places above us in the League, in 7th, three points better off and no doubt well up for taking three points off this season’s charity club. They’re on a run of three consecutive wins in the League and topped that off with an FA Cup win against Hull last time out.

Whilst Fulham have lost just two games at home this season, we’ve lost five of our last seven games and are without a League win away since mid-October. So, we can more or less forget the decent record we have against Fulham coming into this one, because we are most definitely not Roman Abramovich’s Chelsea anymore.

Going into today’s game, Fulham manager, Marco Silva, says “Even with some injuries – and you know we are not with our full squad as well for the match – they are always Chelsea. And I think it is clear that two seasons ago they won the Champions League, this season they spent more than £300million, we cannot talk about all these things.  I think it is clear the high quality they have in their squad, for me there are no doubts about it. It’s more for Potter to decide who will be in the XI and I will do the same with my squad.”

Chelsea manager Graham Potter, meanwhile, says “You always feel pressure and the higher you go the more pressure and noise there is from the outside. At a club like Chelsea, with the responsibility, the history, the tradition, the demands when you don’t get the results you want, then of course there is noise and criticism. It’s everything you expect, but you have to put it into perspective, keep going with the job, try to improve, stay strong and get through.

Football is emotional and when you lose, you don’t think about it, you feel it. You feel the pain, the suffering, the discomfort. Sometimes it is hard to understand the why and it’s easier to just blame somebody. I’m not sitting here saying I’ve been absolutely perfect, so they’re not completely wrong. But it’s always very complex. You just try to put it into perspective and remember you’re capable and how you got here.  Two months ago, I was considered to be a top coach and if you consider the people I’ve played against and with, they’d say the same. But at the same time I acknowledge the results haven’t been good enough and then you have to accept and deal with that as best you can, put it in perspective, and try to move forward.

He’s [Marco Silva] done a fantastic job. Promotion and they’ve had the belief to build on that. They’re really well organised in and out of possession, know exactly what they’re doing, and they are a tough team to play. They’re doing a fantastic job. They’ll play with courage, personality. The points they have are not an accident, they’ve earned them and deserve them. They’re up there on merit and they’ve got the points on merit. It’s a tough game, a London derby, and we’re looking forward to it.”

For Fulham, Neeskens Kebano (Achilles) and Aleksandar Mitrovic (suspension) are out but Shane Duffy (illness) may return.

For Chelsea, our injury list continues to read like War and Peace, with Armando Broja (ACL), Wesley Fofana (knee), N’Golo Kante, Ben Chilwell (both hamstring), Reece James (knee), Edouard Mendy (finger) and Ruben Loftus-Cheek (calf), Christian Pulisic (knee) and Raheem Sterling (hamstring) all still out. Pierre-Emerick Aubameyang has recovered from a back issue but I’m not sure whether that’s a good or a bad thing really. Whether or not Joao Felix is eligible, remains to be seen.