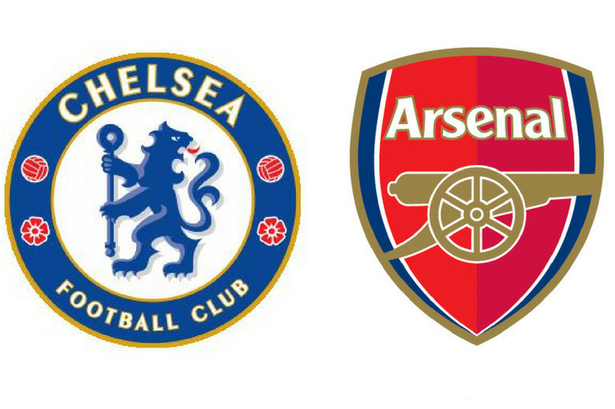 The game Mikel Arteta feels has been scheduled at a ‘strange time’ today, sees us take on Arsenal at Stamford Bridge.

Both sides come into the game on the back of wins in Europe midweek, albeit different levels of competition. Whilst Chelsea beat Dinamo Zagreb in the Champions League, Arsenal had a win against Zurich in the Europa League. In the Premier League, it’s a very different story, because we were battered by Brighton last weekend in a largely toothless, but nonetheless pretty predictable display against Potter’s former side who couldn’t buy a win before we showed up. After yesterday’s games, we now sit seventh in the table whilst Arsenal, who beat Nottingham Forest 5-0 last time out in the league, could go back to the top of the table this afternoon with a win.

There’s no doubting Arsenal’s form either in the Premier League this season or against us in recent times and whilst they rested key players midweek and more or less have a full squad to choose from, Graham Potter chose to play a full-strength side in Europe and the injury to Ben Chilwell has only served to add to our already significant injuries to defensive players.

Chelsea are unbeaten in 12 consecutive games in all competitions at Stamford Bridge, unfortunately though, Arsenal were the last side to beat us at home and Arteta has won on his last two visits, so they won’t come with any fear of playing us. Brighton came at us from the start and we couldn’t cope with it but we can expect more of the same from Arsenal and for all Aubameyang’s bravado, I think we’ll be lucky to keep the score down today.

Going into today’s game, Chelsea manager Graham Potter, says “A big game. It’s a London derby. Two good teams. Arsenal are doing really well. History makes it an interesting one for Auba, but the past is the past. We’re just looking at the game. We shouldn’t make it about him. It’s about the team. He’s an important part of the team. For us to get the result we want, that takes everyone, not just one person. I understand the headlines and interest is around him because it’s Arsenal and there’s a narrative around that. There’s nothing we can do about that. But as a team and a group, we have to play well ourselves.

It was a unique situation at the weekend. Now we have to learn from that and be ready for a London derby. A special game, an exciting game. We have to be ready to play the football that can get us a result. We were disappointed at the weekend because we didn’t play well and lost the game. It’s about the response and doing better. They boys have done that really well. It was a good performance against Zagreb, and we have to take that into Arsenal. A tough game, but a very exciting game.

The fact we’ve all been playing so much, it’s almost like rearranging the deck chairs on the Titanic. It’s not that big a deal, but it’s helpful to have that extra 24 hours in a way. We take what we can at this stage of the season. I don’t think it has an impact on anything. We’re used to short spaces between games, but any time you have, you have to use it well. We’ve got a big week, two games in the league and a cup game. So we’ve got a massive, an exciting week next week, so we have to just focus on the next one, with the greatest respect to Newcastle. We’re focused on Arsenal. We don’t think about anything else and just try our best to win. We need to compete and try and do everything we can to win the football match.”

Arsenal manager, Mikel Arteta, meanwhile, says “We have managed the load of players in the last four weeks because of the amount of games that we have played. To get it perfect is very difficult to get the balance, to get the right performances and win matches and rest some players and keep them fresh is always challenging, we have tried to do our best.”

On Chelsea, he says “They’ve been really consistent, the results that they’ve had recently since Graham took over you can see what he’s trying to do and we will be ready and will start to prepare for the game.”

For Chelsea, N’Golo Kante (hamstring), Wesley Fofana and Reece James (both knee) and Ben Chilwell (hamstring) are all out, Carney Chukwuemeka is also doubtful (hamstring).

For Arsenal, Smith Rowe (groin) is absent but Saka and Tierney are both expected to be fit and Zinchenko is also thought to be available. Tomiyasu faces a late assessment.