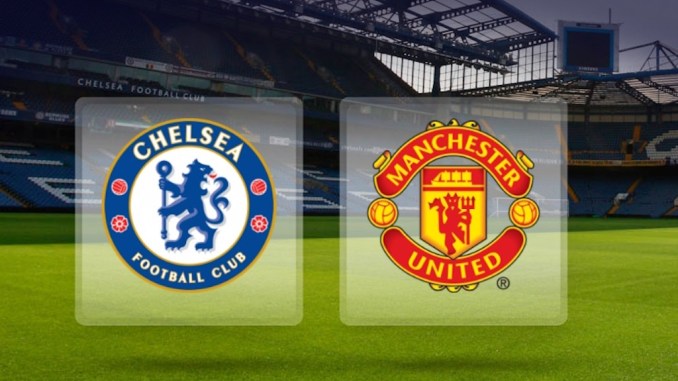 It was an unusual starting XI midweek against a side you know will make life hard for you and, as expected, Brentford took us to task – and we didn’t match them in the first half. Gallagher made a very early exit and as we now know, was feeling rough, I’m not sure what Cucurella’s excuse was though. Of course, it was good to see so many academy players but the optimism at the undoubtable promise of Broja and Chukwuemeka, is tempered by their lack of experience at this level. The subs second half improved us and a draw was probably the right result overall in the end, with good defensive displays from both sides.

Next up this evening, its Manchester United, who were seemingly more convincing against Sp*rs midweek with a 2-0 win to leave them just a point behind us, whilst our point left us 3 points behind the North London lot with a game in hand. Obviously nobody was surprised to see City put them in their place, but they’ve beaten Liverpool, Arsenal and Sp*rs, so the ‘no Reece James effect’ does worry me ahead of this meeting. They’ve won four out of their last five in all competitions and are also tight defensively, with three consecutive clean sheets, so we’ll have our work cut out.

We’ve won our last three at home and we come into the game with five clean sheets, in no small part thanks to Kepa Arrizabalaga, who clearly spent his extended time on the bench psyching himself up for the opportunity. That attitude’s not for everyone though, so he won’t be facing Cristiano Ronaldo in front of his goal tonight.

25 of our meetings in the Premier League have ended all square, including the last four but we haven’t taken more than a point off them for some time now, with just the one win from our last 11 meetings.

Still very early days for us under Graham Potter and I can’t even predict his first XI, so who knows what to expect today?

Going into today’s game, Chelsea manager Graham Potter, says “I have huge respect for [Erik] Ten Hag, the job he’s done in his career, and his quality as a coach. You can see people adapt and adjust as they go into the competition faze. So they have done well. Obviously, it wasn’t a great start from their perspective but they’ve battled back, got points and played well. It’s going to be a tough game. They’ve changed a little in how they build-up, they are a little bit more direct. At the same time, they have the same quality. The have the threats of [Marcus] Rashford, Anthony, [Jadon] Sancho and Bruno Fernandes plays a key role for them. So there are a lot of similarities but they seem to have adapted to the competition, adapted to each other, learned more about each other. It’s a normal process really. I’d been at Brighton for three years when we played them and Erik had been at Manchester United six weeks if that, so there is a lot of learning you need to do and a process that you need to go through. That’s normal. He has the quality and naturally, they will get better and better as time goes on.

We are still in the process of recovery; pretty much as we were with Brentford. Apart from the long-term absences, we’re pretty much where we were. It’s a game of football and it’s always the same. You have to analyse the opponent and think of a way you can play yourself. But Manchester United are Manchester United, they have got top players and are galvanising into an impressive team. It’s a tough game, an exciting game, a fantastic game to be involved in. We’re looking forward to it.”

Manchester United manager, Erik Ten Hag meanwhile, says “I understand there are questions about that [Ronaldo] but at the same time it’s about Chelsea, we have a big game to play, my focus is on the game, the focus of the staff and the players is on that game. We have to win that game and have the concentration to play our best.

I think from that game [against Brighton], it is a different team, different game. We are further in the process. Now I know more about him and maybe in the first game he knew more about me, Manchester United. It is not a fight between managers. For me it is never an issue away from home. The pitch is the same size, 11 vs 11, there is a ref and we always have a lot of support from our fans. We feel strong.”

For Chelsea, N’Golo Kante (hamstring), Wesley Fofana and Reece James (both knee) are injured. Conor Gallagher (illness) may be available after going off early against Brentford

For Manchester United, Maguire (thigh) Martial (back), Tuanzebe, Williams (both unspecified), Wan-Bissaka (muscle), and van de Beek (muscle) are all injured, whilst Cristiano Ronaldo has been dropped for behaving like a big girl’s blouse midweek.