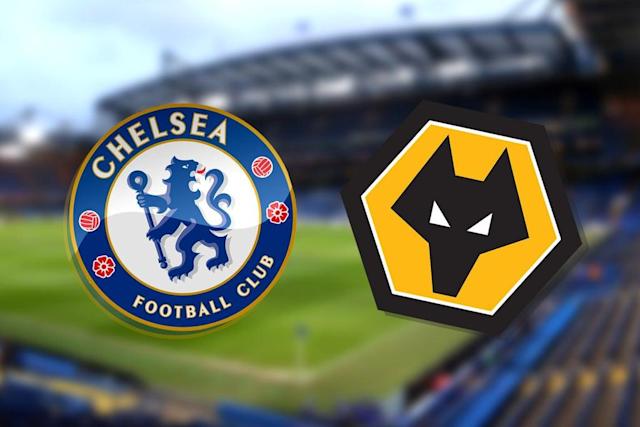 After a comfortable win in the Champions League Wednesday night, this afternoon’s game sees us play host to Wolves. Obviously, there’s much being made about Diego Costa facing us today and I’m sure he’ll get a good reception but personally I remember how much he wanted to get away from Stamford Bridge previously, so I hope he has a rotten game and feels even more desperate to get away today.

We come into todays game with a couple of wins behind us, last weekend courtesy of a late cracker from Conor Gallagher and midweek in a much more comfortable 3-0 win against AC Milan. Wolves, meanwhile, lost to West Ham last time out and subsequently their manager as well, as Bruno Lage was given his marching orders. So, the visitors sitting 18th in the table will be hoping Costa’s ‘hot blood’ and the fresh blood of interim manager Steve Davis sees a change in their fortune.

We currently sit fifth in the table, and whilst we haven’t lost to Wolves in 11 home games, we do tend to drop points to them. They arrive with just one win from eight though and struggling for goals – so we probably know how this one will go!

Going into today’s game, Chelsea manager Graham Potter, says “I think we’ve made a little bit of progress in terms of from the first day to now, as you expect and hope. There’s a long way to go. We have to focus on the next month as simple as it is with the incredible amount of games we have to play. Rather than think too much at the end of the season, just focus on the next game.

My focus is on us on making sure we’re ready to play. We haven’t got a lot of time to prepare. You can’t control the opposition’s situation. You see the games in the Premier League, the margins are so small. They’ve been in games that they’ve narrowly lost. Historically it’s a challenge playing Wolves, we have to be recovered and ready and positive and looking forward to the match.”

Wolves don’t have a manager, so interim head coach Steve Davis, says “Ideally, we’d have a fully fit squad to pick from, but the options we have, that’s what we’re working with this week and the spirits been good. We’ve been looking for a response, we’ve been looking for commitment and something different, a change or reaction, and we’ve got that. We’ve got the game to play, and we’ll see if it carries on into that. We’ll be brave in our selections. It is a chance to change things, but if you change too much in a short space of time it can lead to a bit of confusion, so I think we’ve tried to run along the same sort of lines as what’s been done, but we’ve just added little things, or tried to add little things to help them smiling and enjoying. It’s a difficult situation, so you’ve got to assess the mood first and then see what the requirements are of the players, see what they need, and that’s what we’ve tried to do. We’ve been positive with them, they’ve been positive and reacted well, and we’ve put together a plan for the weekend.”

On Diego Costa, Davis says “We’re fearful of him, never mind Chelsea. With it being Chelsea this week, and it’s also his birthday today, it’s a big weekend for him, but we’ve had to look after him. He wants more than we’ve given him and we have to be quite strong with that regards to where he is in his fitness because he’s not played a lot.  He will play a part at some point tomorrow in that game and we hope he can make a difference as a target player and focal point that we’ve missed with Raul being injured, so we hope he can provide that tomorrow for us.  In his words, he’s got ‘very hot blood’. So, read into that what you want. He’s a great character to have around and he’s lifted the group since he came in. We’ve only really got to know him this week and he’s been a breath of fresh air for us in terms of getting the squad together, getting everyone close and keeping them in high spirits, because that’s really important. He’s a very talented player as well and he still has some talent there and still has something in his legs.”

For Chelsea, Wesley Fofana (knee) is our latest casualty after going off injured against Milan midweek. N’Golo Kante (thigh) is back in training but not expected to feature. Marc Cucurella (illness) is available again after illness.

For Wolves, Pedro Neto, Sasa Kalajdzic, Raul Jiminez and Chiquinho are injured, whilst Ruben Neves and Nathan Collins are suspended. Hwang Hee-chan has returned to training and could be available.