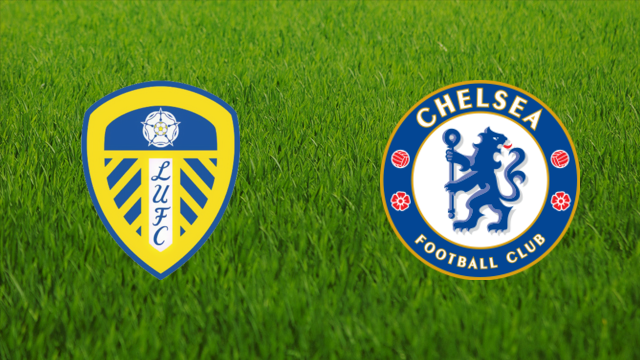 It’s a trip to Elland Road for us in the early afternoon kick-off and neither Anthony Taylor nor Mike Dean are anywhere near the game, so that’s a bonus. Thomas Tuchel, on the other hand, will be near the game which is clearly a great disappointment to Jesse Marsch.

Both sides come into today’s game unbeaten in the first two games and both with a win and a draw. Whilst Leeds were two up against Southampton and came away with a point last time out, we were royally robbed by some of the worst officiating Taylor’s ever dished – and in our games, there’s plenty of comparisons to be drawn on.

We were head and shoulders the better side last weekend against Sp*rs and despite us being guilty of not taking our chances (imagine our surprise!), the chuckle brothers were guiltier still of not recognising either an offside decision or what constitutes violent conduct. Despite both managers ultimately ending the game with a hand jive and a red card each, Thomas Tuchel is the one to come out of the debacle with a one match ban for calling out a woeful decision that Mike Dean has admitted was a woeful decision – Taylor meanwhile, remains untouchable.

Still, onto today’s game and it could be a tough one. I certainly wouldn’t expect Leeds to be anywhere near as toothless as last week’s opponents and whilst, with another week of the window gone, we still go into another game without a recognised striker, Moreno has bagged three for them already and will be one to keep an eye on.

We’ll need to have shaken off the late disappointment from last week but maybe held onto a little bit of the anger to give us the edge this afternoon.

Going into today’s game, Leeds manager Jesse Marsch, says “The Premier League is watched by everyone, so I don’t have to explain to the new players who Koulibaly is, who Mendy is, Mason Mount – they know these players, inside and out. That’s an advantage. Maybe Chelsea need more time to understand us! When I was going through the scouting videos with the team, I started saying. ‘Yeah, he’s a good player’ and then, ‘They’re all good’, so, obviously, if you take a player like Jorginho, what I like about him is it’s not just that he’s technically and tactically so gifted, he’s also so intelligent. But you could go down the list! Koulibaly was always one of my favourite centre-backs. We played against him in Salzburg when he was at Napoli and then, of course, Chelsea pick him up – in the way Chelsea do with their ability to evaluate talent and having the resources to get them.

I watched Chelsea’s first two games carefully and I was impressed that they almost played with two different systems, and in two different ways, and it can always be a good thing. Thomas Tuchel was right in saying after the match, saying it was a brilliant match for them, because they played really well and were very clear in all phases of the game. And now it’s our job to make them not be so comfortable, that’s why we like to play against the ball and play intense, pressing football, because we want to make, even the best opponents, a little bit more uncomfortable than they usually are. Things will have to go our way on the day, we have to be at our absolute best, but we like our team and it’s a good time to have an exam like this. So, the challenges for a match like this are very big for us, but I’m excited about it. I’m excited because I believe we have a team that’s more prepared for what this challenge will be and I think we have a chance.”

Thomas Tuchel meanwhile, says “I expect a high-intensity game, a high-pressing team from Leeds and a very emotional stadium. We had a fantastic game last season at Elland Road and scored very early, very dominant and very focused and effective in front of goal. Of course, there was an early red card that played into our hands. Still, it was a very good performance. This is what we expect. Repetitive intensity, high-pressing and a team that loves the chaos, a team of Leeds that has a high acceptance for mistakes. They don’t get frustrated by mistakes, they accept mistakes as chances to do counter-pressing and so on.

We have to be well aware and also to manage our expectations, our level of acceptance for mistakes because mistakes against these high intensive teams like Liverpool, Leeds, Southampton, who have a certain style of pressing – you make mistakes. You cannot play without mistakes against these teams. You accept it before the match and make the best out of it, find the spaces. There is not a lot of time for decision making and this is what we prepare for now in training and hope to be on our top level and to find the level we had last week to be able to prove the statistics wrong! I did not know about it (record at Elland Road). So thanks for telling me!”

For Leeds, Junior Firpo, Stuart Dallas and Luke Ayling are out, and Patrick Bamford and Liam Cooper will face a late assessment. Joe Gelhardt is available for selection.

For Chelsea, Mateo Kovacic (knee) and Armando Broja have been joined by N’golo Kante (hamstring) after his early exit last week.