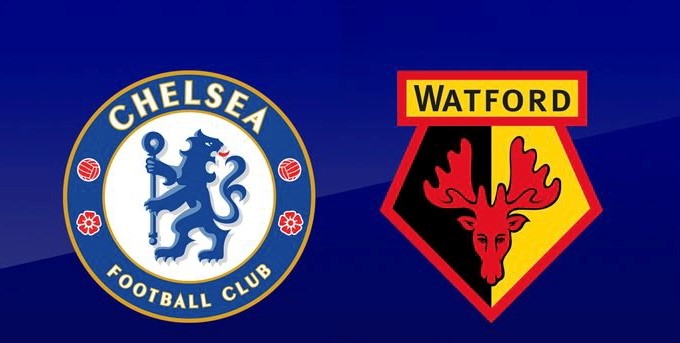 Finally, we’ve made it to the last day of a season many of us will be glad to see the back of and I’m just grateful we sorted third place with our draw against Leicester on Thursday because I could well do without one last bout of Chelsea-related anxiety. Well, I say we’ve wrapped up third place, technically an 18-goal swing could see us finish fourth but even we couldn’t mess up that badly…..could we?

There’s been precious little to enjoy this season. Injuries to key players completely derailed us right at a time when we were playing some cracking football. We’ve had covid outbreaks, and been denied the same breaks as clubs around us, some of the most ridiculous decisions on the pitch and some of the most vitriolic reporting off it. As if that wasn’t enough, we had to deal with the fallout from ‘interview-gate’, and our owner was held almost single-handedly accountable by the government for Putin’s wicked actions, pushing him into the sale of the club, with Chelsea FC and it’s supporters sanctioned and subjected to the sort of media savagery we haven’t seen since the 1980s.

Somehow we managed to win the UEFA Super Cup and Club World Cup, and reach two domestic cup finals, where we discovered the media darlings weren’t quite world class enough to beat us in open play, so, here we are, at the end of the nonsense, by some miracle (or because everyone else has had an even more rubbish season) third in the Premier League and just wanting to hear the final whistle.

First though, there’s a game to be played, and already-relegated Watford are the visitors at Stamford Bridge. They managed to hold Everton to a draw before being battered 5-1 by Leicester last time out. It’s Roy Hodgson’s last game in charge, so they may be a little more motivated to give him a win for the curtain closer.

We’ve had horrible form at home this season, winning just one of our last five at Stamford Bridge in the Premier League and we’re just far too charitable defensively of late. At the start of the season, visiting teams were lucky if they got sight of goals, whereas now, they’re offered a map, a sat nav and even a tour guide if necessary. Yet again Thursday night against Leicester, Charity FC paved the way for Leicester’s opener and our inability to take our own chances saw us draw again.

So, let’s just get this season over with shall we.

Going into today’s game, Thomas Tuchel, says “I think we can do better. I think it is not a lot; it is margins. We will look into that – it is not the moment when I have analysed everything and I don’t have the answer because we would have changed it before. We struggle with efficiency, with goal scoring records, with consistency, with determination, with precision in the box against teams who defend deep.  It is like this, but we lack huge quality with N’Golo (Kante), Ben Chilwell, Reece James [being injured]. If you see him in the last weeks, it is maybe a miracle we are in the top three the whole season without these key players because we missed them for weeks and weeks and weeks and it never stopped for us. Maybe this just needs to change, that we have everybody available. But the top teams, Liverpool bought a fantastic player (Luis Diaz) in the winter to make the existing squad stronger. Man City signed (Erling) Haaland already to make the existing squad stronger. We are losing players so at the moment my focus is to build a strong team and to see what’s even possible and then we think about how we close the gap.

I’m happy to meet [Hodgson] again. I met him once before we played against each other. I met him here in London in a round to discuss performance which was very nice. I was coach of Dortmund at the time I think and he was very impressive, super friendly, a gentleman and very open in sharing his point of view and his opinions.  It is nice to be at the sideline with him. If it is his last game he deserves full credit for his career and it is impressive that at this kind of age he still has the energy and commitment and the love for the game.”

Watford manager, Roy Hodgson, meanwhile, says “I think from the club’s point of view a positive result would be worth its weight in gold. Especially at Chelsea because we’re not the bookies’ favourite to win that day so if a group of players – many of whom are going to be here next year – could go to Chelsea and play well and get a result…I thought we were on that track with the way they played against Crystal Palace and the way we played against Everton I thought we were actually on that track of finishing reasonably well and a bit of optimism for next year despite doing that whilst knowing we’re relegated.

I’m afraid the last result (against Leicester) has plummeted the morale so if we could just find a way to get a good performance and even better a good result it would be awfully good for the team going forward. And of course for Ray (Lewington) and I it would mean that our last match that we watch with Watford is not one that we’ve virtually handed to our opponents on a plate because we made so many bad errors. It’s even more important after the real disappointment or debacle last Sunday when after two good team performances, albeit a team who were weakened by the loss of many players, went out and conceded five goals. We’re playing Chelsea so it’s a great opportunity for them to get out and show that we’re disappointed we didn’t give our home fans the type of performance that they wanted to see from us but we’ll try and give them that in this away game.”

For Chelsea, Ben Chilwell (knee), whilst back in training, was never expected to play competitively this season, so he’ll remain out with Callum Hudson-Odoi. Werner (hamstring) is unlikely to be risked and Tuchel will undoubtedly give a number of tired players a rest and bring in one or two younger players. We should expect to see Azpilicueta, Rudiger and Alonso feature for their final games for the club, Kepa may also get a game this afternoon before a possible summer move, Christensen, however…

For Watford, Ben Foster will make his final appearance, Cucho Hernandez (hamstring) and Tom Cleverley (rib) should be available, and both Josh King and Kiko Femenia (both illness) have trained this week.