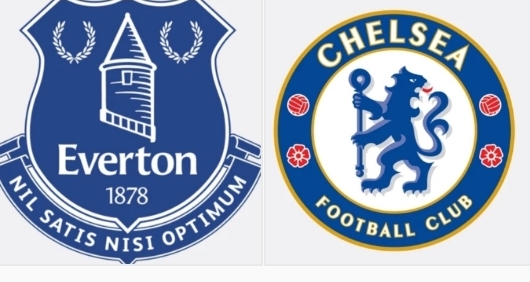 After a frustrating game against Manchester United on Thursday night, this afternoon’s game will almost certainly bring us an equally frustrating one at Goodison Park as we take on Frank Lampard’s relegation-battling Everton.

There didn’t look too much wrong with their spirit when they frustrated Liverpool for an hour last weekend, it was more their final ball that let them down, well, that and the now obligatory biased officiating. They might not have had enough to hold the twelve men of Liverpool off but we’re not Liverpool and we struggle to have all 11 performing half the time, something I’m sure our former manager will be well aware of.

There was certainly a bit of that against United for us. We played well enough in the first half, we played them off the park without actually making De Gea break sweat but as soon as we got ourselves in front second half, we forgot you need eyes up your backside to shut Ronaldo out, so our woeful run at Old Trafford continues. Our record at Goodison isn’t one to write home about either though, we’ve lost the last three and only took a point in the reverse fixture in December. They’ve taken seven points from the last nine available at home and the reality is, overall, we’ve only taken 3 points more than Everton from the last 18 available.

Whilst Leeds got battered by City, Burnley won yesterday, putting all sorts of pressure on the Toffees, who start today’s game 5 points behind Leeds and Burnley, having played two games less. They literally cannot afford to drop any points. Not that they’re strangers to being in this position, of course, they’re just usually out of it by this late stage in a season – and ironically, the last time they started a Premier League game in this position, they won 3-1, no prizes for guessing who that came against though…

Going into today’s game, Everton manager, Frank Lampard, says “I’ve loved every minute of being at this club. I’ve been welcomed incredibly well by the fans and I will do everything to get this club back to where I want it to be. My only thought is Everton. My only thought is preparing the team to try and win the game and that’s what every single person at Chelsea would expect me to do. I’ll focus completely on that.”

Thomas Tuchel, meanwhile, says “We need the points, and they need the points urgently as well. It is an exciting week for me personally. I love to play at Old Trafford, and everybody tells me about the atmosphere at Goodison Park, how emotional and how tough it is to play there.

I still don’t feel 100 per cent comfortable because I took over from [Lampard] in the middle of the year.  We had a quick chat because he was a real gentleman and sent me a long message after I took over. I knew that the decision was done and it does not have to do anything with me – that I am pushing him out.  To play now against him at Everton is also big. Like I said, it was very nice, we had some exchange of messages and now we meet for the first time. I’m looking forward to it.”

For Everton, Donny van de Beek, Andre Gomes and Ben Godfrey are all out, along with Andros Townsend, Nathan Patterson and Tom Davies. Dominic Calvert-Lewin (thigh) returns and Yerry Mina is also available after being rested against Liverpool.

For Chelsea, Ben Chilwell (knee), remains our long-term absentee, Callum Hudson-Odoi (Achilles) remains out and it is too soon for Mateo Kovacic (ankle). Ross Barkley is out ill, whilst Christensen might need something a bit stronger than milk of magnesia if we’re going to see him play again.