CHELSEA: A View From the Bus, Not the Bandwagon 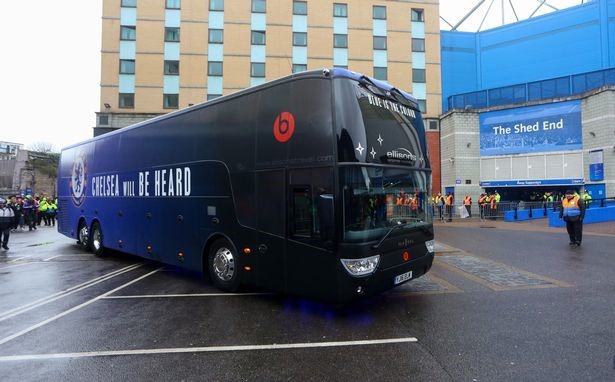 What a week at Chelsea FC.

Literally every day, there has been another stick to beat us with under the banner of ‘sanctioning Roman Abramovich’. Let’s be clear here though, this is a direct attack on Chelsea Football Club, and we’re not just caught in the crossfire anymore, we’re the target.

Some football figures have had the balls to call out what is really happening here, very few journalists have dared. Understandable to a point, given If journalists call out their own, they risk their livelihoods, yet they slam Roman Abramovich for not publicly denouncing Putin, despite the risk being far higher.
The government have done their level best to make gestures indicating some kind of stand is being taken against the man at the centre of all this – that’s Putin for anyone confused at the fact Roman gets more of a mention in all this. Quite how preventing supporters from buying tickets and turfing them out of the megastore, has any impact on anyone apart from Chelsea FC, its employees, charities, and match going fans, is frankly beyond any logical explanation. The same government who are still allegedly buying oil from Russia and are reported to be blocking Ukranian refugees from entering the country are now urging supporters not to sing the name of their former owner. Yes, the very same government who also urged us to stay safe, stay indoors away from our loved ones and stay 2 meters apart whilst they partied are again urging us to toe our own unique set of rules.

Make no mistake, we condemn Putin and his war against Ukraine and yes, most of us feel uncomfortable with the accusations levelled at Abramovich and probably did well before the atrocities in Ukraine. What we feel less uncomfortable with, is acknowledging the good he has done both at Chelsea and in the UK over the last 19 years. The Chelsea Foundation puts more money into its communities, home and abroad than any other PL club, benefiting hundreds of thousands of young people. We have an incredible academy, we are the current European and World club champions, in fact, we’ve won everything there is to win – and the country has been happy to accept whatever income that has brought with it.
And yet, here we are, being told we have a limit of £500,000 to host Premier League games despite the government knowing it costs twice that, and they insist their sanctions are against Abramovich and not Chelsea FC. It should be noted we didn’t see the same limits placed on the cost of Chelsea FC putting up NHS staff during the pandemic. The fact that same club who refused to furlough its staff during that period, is now placed in a position where it may be unable to pay those staff because of draconian measures taken directly against it by the government, is frankly obscene.
Meanwhile, the British press has once again taken that step from gutter to sewer with its repetitive, intentional generating of hate and hostility. Despite tens of millions previously paid out in litigation, it defies belief certain individuals are still given a platform to attack whoever they choose as the week’s villain and anyone who won’t get into bed with them will read headlines suggestive of exactly that level of immorality – or worse. As if the last couple of years and the war against Ukraine wasn’t bad enough, we have to contend with this Press Pandemic, infecting its mob mentality on a society now conditioned to demonstrate. Maybe it’s time to socially distance ourselves from the viruses at the very root of the sickness in this country?