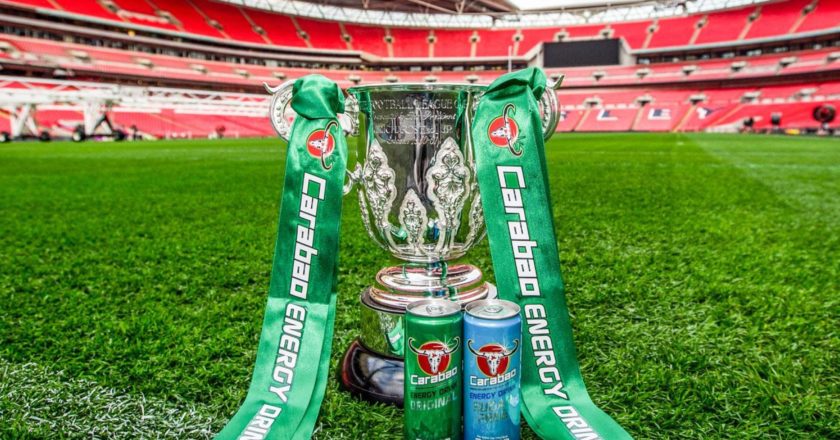 This afternoon we travel across London, where Liverpool host us at Anfield South in the EFL final.

Liverpool have won the trophy 8 times, and as I understand it, irrespective of us being European and Club World Champions, they just need to turn up for 90 minutes to pick up the Carabao cup.   So that’s that then, right? Plenty might hope so because a win for Chelsea will probably be as welcome as a fart in a lift. That’s usually how we like it though.

Our performances haven’t been great but we’re on a six-game winning run in all competitions, conceding just twice in that run. We’ve also met and knocked out a top-flight side in every round of this campaign, beating Aston Villa, Southampton, Brentford and Sp*rs.

There’s no getting away from it though, Liverpool are looking much more convincing and whilst we struggle to find the net in games, they put 6 past Leeds midweek to make that nine straight wins in all competitions.

We’ve drawn both meetings so far this season but there has to be a winner today. If it goes to penalties and we have Kepa in goal, it could be an interesting battle with Kelleher, who’s pretty decent in shootouts as well. That might be our best hope but I’m not convinced we’ll have enough to take it that far. As much as we enjoy rising to the challenge when we’ve been written off, all the distractions so close to the game, our struggle to put games to bed and the form Salah is in, might see this one get away from us.

Going into tonight’s game, Thomas Tuchel, says “Enjoying to play against teams coached by Jurgen? Not only pure pleasure. They give you a hard time and of course we are facing him with a very strong Liverpool team on a very strong run of games, run of results, in brilliant form. It’s a big challenge but a big occasion we feel absolutely competitive regarding our last match against Liverpool. This is where we want to continue. In the end it is a pleasure to meet him, to be in a final at Wembley again, very grateful for that.

I think to 51-55 per cent, they are the favourites because of recent form and results. We have things to trust on, we have experienced, tight matches against Liverpool. The last three were all a draw. So that will not happen obviously in Wembley. We will find a winner somehow. We know very well what it takes to have a tough match against them. We feel confident we have what it takes and now we need to show it. It’s the same for them, nice to have a match like this and a final.”

Liverpool manager, Jurgen Klopp, meanwhile, says “We all know that in the moment the people are really happy. But in 20 years if you want to talk about this team, I would not be surprised if people would then say if we don’t win anything any more, ‘Yeah they were good, but they should have won more’, that’s why we should try now to win a few things. And the next chance, the best chance we have this weekend, is against Chelsea when it’s really tricky.

How many times have I been at Wembley and lost? Twice (in the 2012/13 Champions League final with Borussia Dortmund and the 2015/16 EFL Cup final with Liverpool). That’s good, because usually I do it (win) the third time. That’s the story of my life, a little bit – it’s like this with the Champions League, it’s like this with other things as well.  So, it’s a good sign and a bad sign. I like the stadium and I liked it when we were there. Both games were really close. Both times we performed pretty well, which is good when you play a final. Yes, both times we lost, but I’m more than happy to try it more.”

For Chelsea, Ben Chilwell (knee), remains our long-term absentee and whilst Reece James (hamstring) has come through a couple of training sessions, we’ll have to wait and see whether he starts. Everyone else has trained, so we should have most of the squad available.

For Liverpool, Roberto Firmino (groin) misses out and Diogo Jota (ankle) is a doubt.