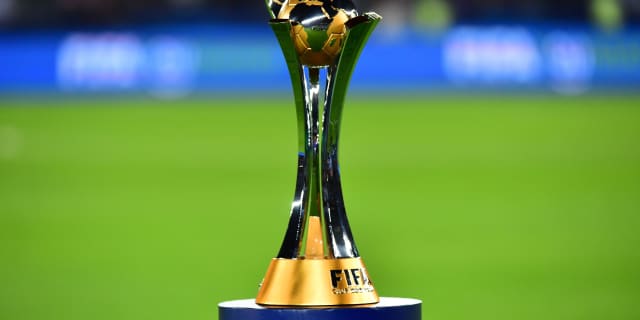 The media seems to have gone out of its way to play it down but, this afternoon sees Champions League winners Chelsea face Copa Libertadores champions Palmeiras in the Club World Cup final.

Chelsea met Al-Hilal in the semi-finals and as bright as we were in the first half, it was the familiar story of failure to take our chances, that saw us wilt in the heat second half, to labour to a marginal 1-0 win. Today’s opponents, meanwhile, beat Egyptian side Al-Ahly 2-0 in their semi-final.

In the Premier League, injuries and a subsequent drop off in form has taken us from top with a 6-point lead, to 11 points off the top, in third, and Sp*rs games aside, we haven’t looked convincing for a while. We were no better against Plymouth Argyle in the FA Cup either and our struggle to take chances and to put teams under sustained pressure, is like Groundhog Day. Maybe Tuchel’s arrival yesterday will have lifted us enough yesterday to break that cycle, or failing that, his presence today gives them the kick up the backside they need. Palmeiras are 10-time Brazilian champions, so they’re no lightweights and they come into the competition in strong form, we won’t get away with dragging our heels.

We’ve never won this competition, having lost to Corinthians in 2012, whilst Palmeiras went out at the semi-final stage last year, so whilst neither side will want to lose this one, I reckon in the end, today will be about who really wants it the most.

Going into today’s game, Chelsea first team coach Zsolt Low, says “We know a lot about Palmeiras. We watch a lot of games of the team. We know they win the last two times the Copa Libertadores. We expect a very difficult game, a good opponent. The fans we know. Thiago and Kenedy talk about how good the fans are. We expect a lot of them there tomorrow. It can be like an away game for us but we’re well prepared. We know the opponent. They are strong but we are also strong. Palmeiras are very emotional. We see a lot of emotion and passion from them but good technical quality from every player. They have a European coach who brings structure to the team with good technical players. In the last 10 games they don’t lose one. They are in good shape and form. But on the other side we are in good shape and form. We’re well prepared. That’s why I expect a good game tomorrow. The spectators can enjoy a good game. They are a good team. We watched their last game live and their Copa Libertadores final on video. We’re well prepared but I don’t want to talk about one person. We have to prepare our team as a team against a really good football team from Brazil.

We want to have the feeling of favourites as the champions of Europe. We’ll be confident in this game. We felt and talked already about the players being nervous in the first game. The nerves are now gone and we’ll play with a good attitude.”

Palmeiras head coach, Abel Ferreira, meanwhile says “When it comes to pressure and favouritism, that’s only for you [press]. We’re talking about a team that is one of the favourites in any tournament they play. When they are in flow, they are winning, winning, winning.  It’s a team that that has spent €650m (£545m) to be in this competition. Palmeiras spent €35 (29m) but I believe – and my players believe – what will make a difference is our values: competitiveness, friendship, respect, mutual help, courage to be audacious, to defend without the ball, to impose our game in possession.  This is what we’ll be betting on and it is the basis we can compare ourselves to our opponents. When it comes to favouritism, I’ll leave that to you guys. It’s good that you write about this because football is not just about what happens on the pitch. It involves a lot of people.

Tomorrow’s match is one I am thankful to be involved in, our players as well. We will be confident on the pitch and our goal is to win. There is no other way to look at this match. One thing I have with me, and I’ve had with me for a long time, if I want to be the best, I have to beat the best. Sometimes our minds are too busy with whether or not we will win the match. I don’t know if we’ll win, but I know what I have to do and the players know what they have to do. The players are mainly responsible for the match. We will do the same as we’ve done but maybe change two or three things. My job is to defend the players until death. I know that within the four lines, they will go in there and compete, enjoy the match, and they’ll do everything to win.  The consequences of that, whatever they are, I will face with all of them. I have faith that Palmeiras will be the winner again. We have a lot of work to and we will need a lot of focus, but it’s not my plan, it’s our plan.”

For Palmeiras, Henri remains out but they otherwise have no injury concerns and could field an unchanged side.