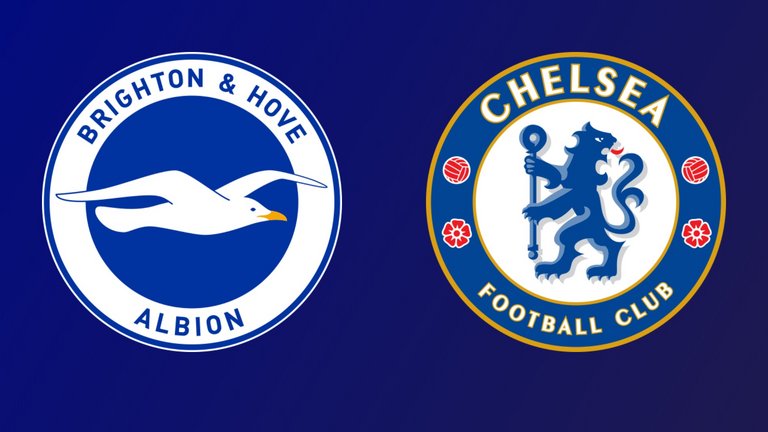 With barely time to get accustomed to being third in the table after our defeat to City, we’re back in action again tonight, away to Brighton & Hove Albion and I’m not sure whether it’s a reflection of our game at the weekend but I feel a bit flat about this one.

It’s not that the defeat was a surprise, it was a fixture I’d always had us down as losing, it was the manner of the defeat that was a problem. Even the team selection, with what has to be our least effective front three in the starting XI, smacked of waving a white flag, and that’s pretty much how it played out. We were awful on the pitch, and for all his shouting on the touchline, Tuchel wasn’t a lot better off it when proactive management was needed in a game we didn’t ever look like getting a hold of.

That’s not manager bashing by the way, it’s just fact. Lampard was right, we don’t have the quality, mentality or robustness of our title winning sides and you can’t make a silk purse out of a sow’s ear. What you can do though, is play your best XI available and there’s been plenty of times Tuchel has got the starting XI spot on, or when he hasn’t, he’s changed it up until it is right – Saturday wasn’t one of those occasions unfortunately. The starting XI wasn’t right and the changes came once we were already physically and mentally beat.

Staying with the facts, we’ve won just one of our last six in the league, with 4 draws alongside the defeat to City seeing us drop 11 points in those games.  Brighton come into tonight’s game off the back of a draw against Crystal Palace Friday night and unbeaten in their last five games in all competitions, and their last four in the Premier League. They’ve only lost once since November 20 and took a point off us at Stamford Bridge in December. On a more positive note, they haven’t ever beaten us in the Premier League and have won just three of their 10 league games at home this season, whilst we have the second-best away record this term, despite losing two of our last four on our travels.

Team selection has to be right because we won’t get anything if we put in another ineffective performance. Brighton are a difficult side, which is probably why three of the last four league meetings have ended in a draw, trouble is, we just can’t afford another one.

Going into today’s game, Brighton manager, Graham Potter, says “They do what they do to a world-class level, they give you nothing, they’ve used a back three, but against Tottenham [in the Carabao Cup] they used a back four, they’ve got that flexibility, but they’re always very strong. They’re great at set-pieces. Defensively whatever they do they’re hard to do anything against. With Romelu Lukaku they’ve got a main striker, and movement off him with Kai Havertz.

He [Tuchel] organises the team fantastically well, you see the impact he has had at Chelsea, they’re competing for everything. They don’t give you anything in terms of them being defensively so strong, they can attack in lots of different ways. As you would expect from one of the best in the world, he’s good at everything in terms of how organised his team are, defensively, going forward, everything is done to the highest level.”

Thomas Tuchel, meanwhile, says “It’s the first time for me to play them [Brighton] in their stadium. They are not shy to do one-on-one across the pitch so you have to win challenges defensively and offensively. You have to make a point, prove yourself, show quality and be ready no matter what. We will face a brave, unique and strong opponent. If we want to win we have to be at the top level.”

For Brighton, Lewis Dunk (knee), Jeremy Sarmiento and EnockMwepu are injured, Adam Lallana is a doubt and Yves Bissouma is on Africa Cup of Nations duty. Tariq Lamptey (groin) is fit to start.

For Chelsea, Reece James (hamstring), Trevoh Chalobah and Ben Chilwell remain out and Andreas Christensen has tested positive for covid (not false). Edouard Mendy remains away with Senegal at the Africa Cup of Nations.