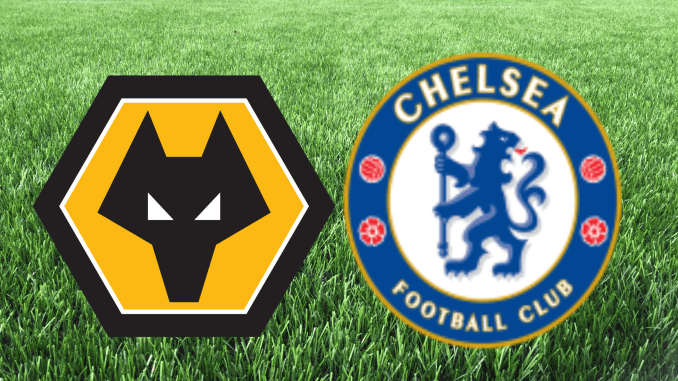 Frustrating times for Chelsea, if not entirely unfamiliar. It’s December and next up for us is Wolves at Molineux this afternoon.

Wolves got back to winning ways last time out against Brighton, whilst for us, we took just a point against a depleted Everton. Obviously, we’d got injuries and were hit by Covid at short notice, but we should still have had enough to get a result against Everton’s youth team. We even looked like we might early doors, we had plenty of shots, but Pickford wasn’t made to work particularly hard, and we probably made him look better than he really was.

It’s all becoming so familiar now I could copy and paste from game to game, so enough about that, on to today.  Wolves don’t score a lot, just five goals at home this season in fact, but assuming we can find a goal today, they’ll get their tally up because as sure as night follows day, conceding will follow a goal for Chelsea on current form. Us scoring is far from a given though because Wolves don’t concede many either and they will be tough to break down. Notably, they didn’t concede in their first 10 games this season and once they’ve scored, results seem to have followed, hope we’ve taken note of that.

For Chelsea, it’s been just 2 wins from the last five and we’ve dropped seven points from winning positions in our last seven Premier League games. We’ve gone six matches in all competitions without keeping a clean sheet, conceding 11 goals, and could lose successive away league games for the first time since this time last year, when coincidentally, the second defeat came against today’s opposition.

We’re still missing way too many key players but more than that, we’re missing the desire we showed earlier in the season, and we look disorganised and unconvincing at both ends of the pitch as each game wears on. We don’t have the same level of energy about us, or at least, not for 90 minutes anyway. Whether the players lack effort and don’t think they should have to try too hard, or they were flattering to deceive before our recent results, or a bit of both, I can’t make my mind up but the phrase ‘all fur coat and no knickers’ sprung to mind midweek.

Wolves have already made it difficult for Liverpool and City this season but both of them took three points from the games. Unfortunately, we’re a far cry from the top two, so my sense is there is more frustration to come.

Going into today’s game, Wolves manager Bruno Lage, says “These types of teams, they don’t have bad moments. They have big players and are one of the best teams in the world.

They won the last Champions League, they have a lot of experience, the manager has a lot of experience, he can replace several players because they have a good squad, and they do very well in his system, so they are very hard guys to play against, and they dominate their system. They can play 3-4-3, 3-5-2 and they know how to play in both ways. But for us this is a challenge. That’s why, when I had this invitation from Wolves, I didn’t think twice. This is the kind of thing you want, you want to compete, these are the teams me and my players want to play against. Every time is a massive challenge.”

Thomas Tuchel, meanwhile, says “They [Wolves] had a rough start to the season and recovered from there. They are very disciplined with a clear structure, very hard to break down the defensive line, very hard to create chances so it is a big task for us. We will focus on it. Before training, we will have a meeting and be well prepared, because we need to be well prepared. They had very good performances, had a very late goal against them against Liverpool, and had a deserved win at Brighton, so it will be a tough one. It’s hard to create chances against them, it’s hard to break their defensive line. We need to be very careful of their speed and individual quality up front.”

For Wolves, Rayan Ait-Nouri is sidelined with injury and Yerson Mosquera and Fabio Silva have returned positive Covid-19 tests. Hwang Hee-chan is a doubt although Raul Jimenez returns from suspension.