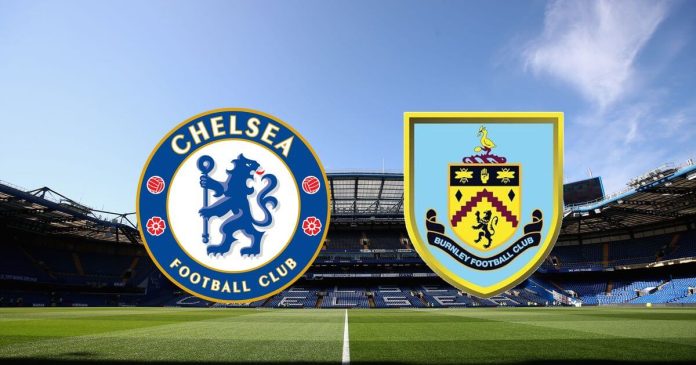 After a bit of a struggle to break Newcastle down last weekend and a Champions League game away to Malmo Tuesday night, we can expect another battle this afternoon in a home game against Burnley.

Chelsea have taken 25 points from the opening 10 games and with City and Liverpool both dropping points last weekend, we start the day three points clear at the top of the table. We’re on a run of 7 wins across three competitions, and 4 of those have come at home, so it’s all looking pretty good if we don’t think too much about the injuries.

Burnley have had just one win in their last 14 Premier League games against Chelsea, and they’ve won just one game so far this season, coming into today’s game 18th in the table with 7 points. The Clarets did have a win last weekend however, against a Brentford side who’ve probably given us our toughest game so far this season and the fact Burnley beat them so convincingly, should be enough to tell us not to expect a walk in the park today.

Going into today’s game, Thomas Tuchel says “We expect a very tough opponent tomorrow who is a bit short of points but not performance. Burnley plays a very strong, intense game. They have a very courageous approach like how they played at Manchester City, high, intensive pressing. We have to be on our best level to find the solution and match the intensity they bring to the games. We demand a lot from our players and ourselves but it is necessary that we bring all this to the pitch because there’s a strong opponent waiting. It could be human or reasonable to say ‘okay, we have already six from seven matches, okay somehow we will manage it again because it is a home game, we are a strong squad’. It is not like this. We need to be on a high level, 95 per cent is not enough. We need to push everybody no matter if we are tired or not. That’s the schedule and in the end we managed everybody. Some of the guys, especially upfront. We suffered some injuries with Mason and Christian out, Timo and Romelu too. We are a bit in trouble in terms of maybe being overused and tired. At the same time everybody wants to be on the pitch and this is the moment to be on the pitch.”

Burnley manager, Sean Dyche, meanwhile says “There is a gap between playing like-minded teams like ourselves compared to the superpower teams, especially when they’re going well – which Chelsea are. Can it be done? Yes. We’ve experienced that in the past and have delivered performances that can win against these teams. It is tough – but our mentality inside gives us a chance. We’re thinking about nothing other than how we can work as a team to get something from the game. Inside the game, we want to go and perform there and win – but it’s not easy against these kind of sides.

We’ve worked here as a group for a long time – we’ve all become more rounded in the Premier League and what it is. The players are aware of the opposition – we just reinforce some of the simple things and strip it all back, take a generalised view and say: ‘it’s about what we do.’ There’s always a balance – and it’s about reminding us what we’re doing.

There are challenges in the Premier League and you do lose some games – and that’s hard to take. But there has to be a consistency in how you are and what you do, and there’s a nice balance to that. We try and keep positive here in the way we operate – and you get a win and it adds to that. We’re a positive unit regardless of what the challenges are, but [a win] does add to it. The marker we look to give to any game is our performance – we start with that and then we’ll see what else comes our way”.

For Chelsea, Mateo Kovacic (thigh), Romelu Lukaku (ankle), Timo Werner (thigh) and Marcos Alonso (ankle) are all out. Christian Pulisic and N’Golo Kante should be available, and Mason Mount has been out with infected wisdom teeth but could still feature today.