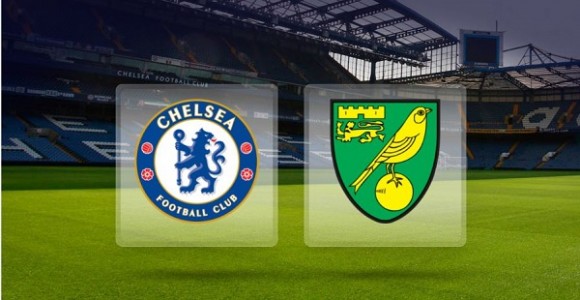 Our 4-0 win against Malmo in the Champions League midweek was very welcome after a tough Premier League game and narrow win last weekend. Brentford, not unexpectedly, made it hard work for us and if they’d taken a point, it wouldn’t have been undeserved. Fortunately, they didn’t though because we were resilient, so we go into today’s early game top of the table to face bottom club Norwich.

The Malmo game and the goals that came with it, lifted us a bit but the injuries to Lukaku and Werner took the shine off somewhat. Goals haven’t flowed as much against Premier League opposition, so we could well have done without losing both frontmen. On the plus side, Callum showed what he can offer in the right position and Mount was looking much more like himself again.

Norwich have struggled for goals this season and watching any re-runs of Brentford vs Mendy coming into today’s game won’t inspire them either. They have managed back-to-back goalless draws to get some points on the board ahead of our game though, and everyone knows how benevolent Chelsea can be with teams looking for their first win of the season.

Realistically, we shouldn’t be overly worried about today’s game. On the other hand, if that’s the mindset the players have, maybe we should be.

Going into today’s game, Thomas Tuchel, says “I like him [Farke] a lot, first of all as a person. He is a very nice and humble person. He was the coach of the second team when we were at Dortmund, there I met him. It was very nice to watch training sessions from each other, have a close exchange and talk about players. He is a very good manager in terms of also people management. I would have liked to be a player under him because I can imagine he gives you a lot of confidence and a lot of trust.

I’m super happy that he made it on the highest level. He played in the Premier League twice now with the same club which shows they trust him and not only judge by a few results which is a very good thing” he continued. “It speaks for himself. I hope that we can have the better end tomorrow. We will do everything to win against him. He is doing a fantastic job and hopefully he knows.”

Norwich manager, Daniel Farke, meanwhile, says “In general, in a football game, all topics are connected and together we conceded too many goals in the beginning of the season. Then you have to build your game step by step. You have to make sure that you are rock solid in terms of your defending, and we have done this, but we also want to create more from game to game. We have done this from Everton, over Burnley up to Brighton, but let’s be honest it will be difficult to create even more chances against Chelsea who have been rock solid since Thomas Tuchel took over and have kept many, many clean sheets.

It will not be easy to score against them, so tomorrow we have to be unbelievably clinical and unbelievably effective in using the chances, but if I have to judge our game at the moment the only bit that is missing is to bring the ball over the line.”

For Chelsea, Romelu Lukaku (ankle) and Timo Werner (hamstring) both picked up injuries against Malmo and the game comes too soon for Pulisic (ankle).

For Norwich, Todd Cantwell (Achilles), Sam Byram (hamstring) and Christoph Zimmermann (ankle) are injured and Przemyslaw Placheta is lacking match fitness. Billy Gilmour is ineligible to face us and they’ve played him so little, he might as well jump on the coach with us anyway. Mathias Normann is fit.