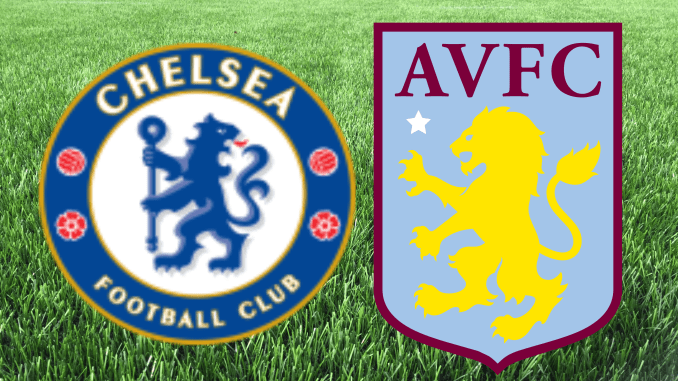 Back from a poorly timed international break, today we can get back to the still new Premier League season, as we host Aston Villa at Stamford Bridge.

We had a tough game against Liverpool before the break, made tougher with the sending off of Reece James before half-time but there’s no doubt we were the better side. There’s no way Liverpool would have scored from open play but the penalty gifted them a point, so it was 2 points dropped for us at Anfield.

Villa had the same score line against Brentford at Villa Park before the break and whilst there’s no Jack Grealish to face today, Villa did some good business in the market and aren’t a club lacking quality. This will be a tough game, particularly with key players coming back from international duty.

The Villains did well out of us last season, with a draw away in December, before beating us at Villa Park on the final day. They haven’t beaten us at Stamford Bridge for 10 years, but if we want to stretch that to 11, we’ll need to show at least the same level of energy and effort as our visitors today.

Going into today’s game, Thomas Tuchel, says “Yesterday and today, the building was more or more full. Today, was the first day, we have done it but it is not the nicest situation. You lack the feeling and rhythm. Everyone has come from different trips, different styles of play, demanding games and experiences. But in the end, once we enter the meeting room and watch video sequences from us and Aston Villa, I demand full focus and motivation. This is us and this is what we are up to.

We are playing at the highest level and we play for Chelsea. When you arrive on Friday morning, no matter if you are tired, you accept it. That’s no matter how tough your trip was, accept it and be fully focused and motivated. This is how I felt the team on the training pitch and we pushed them. […] This is an obstacle to overcome, the challenge for tomorrow and we want to be on our highest level and we will not accept any excuses from us.”

Aston Villa manager Dean Smith, meanwhile, says “They’re Champions League winners, a fantastic team with a fantastic coach. You can see from the start they’ve had that’s it’s going to be a very tough game.  We’ll go in full of respect for them, but we certainly won’t fear them. We beat them in the last game of last season, but Chelsea had an awful lot of chances in that game.  We’ll have to be better than we were if we want to get something out of this game.”

For Chelsea, N’Golo Kante and Christian Pulisic (ankle) are both out injured, whilst Thiago Silva could miss out because of the enforcement of Fifa regulations. Reece James is suspended.

For Aston Villa, today’s game comes too soon for Bertrand Traore, who has just returned to training, and Emi Martinez and Emi Buendia both have to quarantine. Leon Bailey, John McGinn and Jacob Ramsey are available.