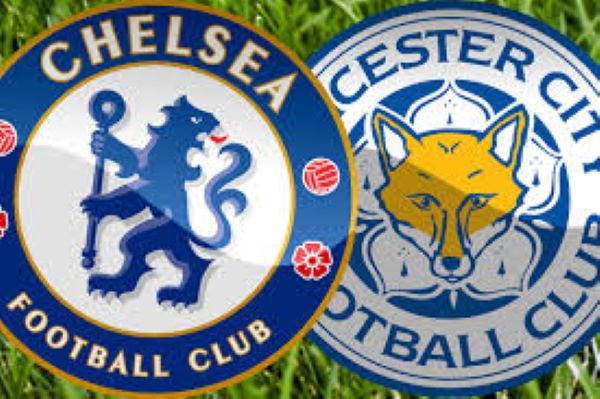 If Carling did football, it wouldn’t have touched Chelsea’s last week with a bargepole.

One minute we’re celebrating a good win over Manchester City, third in the league, with the FA Cup and Champions League finals ahead. A week later, we’ve lost 2 games in a row, one cup gone and hanging onto fourth place by the skin of our teeth. For good measure, we had to endure VAR as Liverpool’s 12th man to pile on the pressure and the women were battered by Barcelona in the Champions League.

Arsenal was the turning point, Tuchel talked about his anger at the time, in fact he’s still talking about it, but it didn’t stop him making similar mistakes in the Cup final. I appreciate he wants to keep players happy and give everyone (except Tammy) a chance but at the business edge, with 5 seriously important games to play, surely you just start with the best XI available and give the rest their chance as subs if and when games are safe?

Apparently not, so tonight, we get to play Leicester again in the league with the confidence we’d been riding on well and truly gone, whilst they’ll probably breeze in throwing Chelsea pennants over their shoulders. Leicester are above us in the league and a draw would keep them there irrespective of Liverpool’s next result. For us, anything less than a win will almost certainly see us drop down to fifth by tomorrow night, with Liverpool playing Burnley.

Leicester’s defence more than coped with us on Saturday and with our notorious lack of fire power, I don’t honestly know where the goals or a win will come from, but I do know one thing, I hope Leicester don’t bring their own VAR operators with them again.

Going into today’s game, Thomas Tuchel says “This is a strong group. There is no reason to doubt these players, who have done so well to get into the top four from 10th place, to reach the FA Cup final and to be in the final of the Champions League. We are strong enough to handle these situations and these are the challenges that we face. It’s not easy, but it is fun, and there are a lot of teams chasing us and our situation. here is nothing much to do – we focus on our performance, this is what we always do. Ok, in a final we make an excuse and say ok, no matter what, you take any result or any win, no matter how you get your hands on the trophy, you take it, but in general we are about performance, and we will now talk about what we did good and what we can do better to be ready on Tuesday. This is it in sports, there is no team that never loses, there is no single sports guy out there who never loses. Now it’s about coming back, bouncing back, showing mentality again and belief on Tuesday. We’ve missed now a trophy, which we are very sad about, but we have another competition now, with two finals against Leicester and Aston Villa, and then another final. We have enough to do. We cannot regret for too long.

We are aware we need momentum and luck in any match for results. It is like this.  Sometimes you have the luck and sometimes you don’t. We didn’t have it against Leicester. We lost two games but if you look at the crucial data that has a relation to the result, you see no reason from the data why we lose both matches. But we lost them. So we lacked a bit of luck in the matches and decisions. But hopefully we can bring it back. You can’t force it. We try hard all the time. We can’t try harder. So we need to stay relaxed, stay calm, be focused on ourselves.  In some matches in which we’ve struggled for momentum, I’ve had the feeling that supporters could help and be crucial to our team. Having the fans back will be fantastic and I hope they come in the right moment to secure a last win at Stamford Bridge this season.”

Leicester manager, Brendan Rodgers, meanwhile says “It was a very important game for us at the weekend to create this legacy of being the first team to win the FA Cup for the club. Now we are going into another big game for us. We want to arrive in the Champions League. We have worked so hard throughout the season and we want to take that opportunity to be in there. We know it is down to ourselves. For us, we write our own story and our story is now to go into this game and see if we can get a result. If we get the win, brilliant. If not, then go to the last game [against Tottenham]. The players have been absolutely brilliant up to this point. We have got European football, but we have got two games now to arrive in the top four. We focus on ourselves, we have a great opportunity to qualify [for the Champions League] and with two games to go we aim to take it.”

For Chelsea, Andreas Christensen could be back, and Mateo Kovacic could finally return to give us all a break from Jorginho.

For Leicester, James Justin and Harvey Barnes (both knee) remain side-lined, Jonny Evans (heel) is out after coming off Saturday, and Cengiz Ünder (hip) will be assessed.