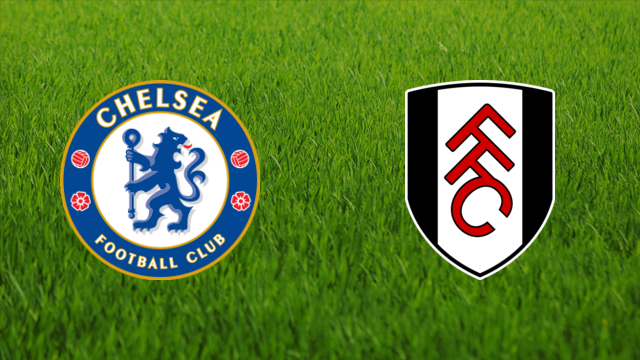 After a draw away to Real Madrid midweek, that we realistically could and should have won, we need to get our heads back in the Premier League this evening, to face Fulham at Stamford Bridge.

Last time out, we managed to put 3 points between us and West Ham, with a win at the London Stadium but if we want to hang on to fourth place, the wins will need to keep coming. Leicester dropped a couple of points against Southampton but we’re still five points away from them, with some difficult games in the run-in.

Fulham would love to have our problems though, because they’re without a win in their last five and looking very much like the drop. Not that they’ll want to expedite their passage back to the Championship against us, they might have been a bit benevolent to their opposition recently but they’ve been a tough side to break down this season and we’re still not clinical enough in front of goal.  Fulham aren’t exactly prolific in that department either and defensively we’ve been tight for some time now, although we’ll have to manage without Antonio Rudiger for this one.

Chelsea have won just one of their last four at home and dropped another 2 points in the last game at Stamford Bridge, against Brighton. The games are relentless for us though, whilst Fulham will come into the game with fresh legs and fresh heads, so any lapse in focus could cost us points we just can’t afford to drop.

Going into today’s game, Thomas Tuchel, says “Fulham is a good chance to keep our advantage in the league, nothing else. I know very well it is a match between two semi-finals, it is not a usual week but I am happy. It is the moment to prove to ourselves that we can focus our energy into tomorrow’s game. There is no doubt about it. We are in the middle of the race, it is not easy to switch from one competition to another but who cares? It is my job to find the mix, to put the players in the right mindset and to prepare for this match in a way they all understand the importance. It’s brutal. We played in France the same amount of games and we got the impression but of course the challenge and intensity of this league is different. It is another level, quite relentless. But it keeps you on your front foot and getting out of bed early. There is simply no time to breathe, to sit back and get too relaxed or comfortable. This is a good thing.”

Fulham manager, Scott Parker, meanwhile, says “He (Tuchel) has done a fantastic job there. He’s gone in and got results and sustained their results really. They’re a really good side, I think we saw that earlier in the season under Frank as well.  They’re a good team with quality players and as a coach. Thomas has been in and around the clubs and been at the top end of competitions so you can that quality as well.

It will be a tough game. They’re a well-organised team who have a clear system and a clear idea on how they play and can cause you problems all over the pitch really. They dominate the ball, so we’re going to have to be at our optimum every one of us.

There’s going to be loads of facets to the football game that are going to have to fall on our side, and the right side for us to come out with a result.  I think the way we’ve played as well at times against teams this year with the quality we have gives me confidence that we can hopefully cause an upset.”

For Chelsea, Mateo Kovacic (hamstring) remains out and is joined by Antonio Rudiger after he took a knock against Real Madrid.

For Fulham, Tom Cairney (knee) and Terence Kongolo remain out, and Ruben Loftus-Cheek is ineligible, although Kenny Tete (Covid) could be available.