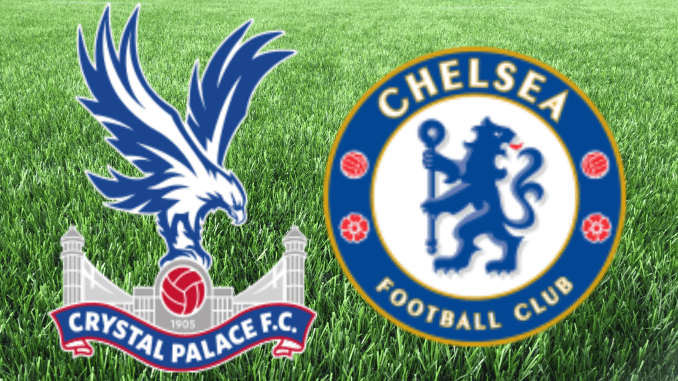 It’s back to the Premier League today to take on Crystal Palace.

Last weekend was a disaster, there’s no getting away from it, whether it was complacency, laziness, or we were just completely unprepared, West Brom pulled our pants down. I don’t think we looked particularly brilliant against a below-par Porto without a couple of their key players midweek either but we were much more resilient, resolute in defence again, and we didn’t stop trying until the final whistle. So, we got what we deserved.

Today’s opponents come into this evening’s game off the back of a draw against Everton and sit 12th in the table, so they’ll be pushing hard to take all three points. They have recorded three consecutive clean sheets and we’re not exactly clinical finishers, so we’ll need to be prepared for a frustrating game.

Our unbeaten run has gone, and whilst we had conceded just two goals in the previous 14 games, conceding them became all too familiar against West Brom.  That defeat saw us slip out of the top four and we could drop to sixth before kick-off if Liverpool beat Villa, so a bit of pride for the shirt and some backbone is called for today if we’re serious about fighting for top 4 this season.

Going into today’s game Crystal Palace manager, Roy Hodgson, says “I regard the West Brom game as one of those one-off games that happens. I don’t think it will have any affect on what they bring to the table when they face us. West Brom played exceptionally well. They were well worth their victory and I think that’s accepted by all – I don’t think Chelsea had any qualms about accepting that on the day West Brom were very good and deserved the win.

It just goes to show that however good they are, they aren’t invincible. The task doesn’t become any easier because West Brom have beaten them, but it might just put a doubt in their mind that they aren’t invincible.  I suppose that gives us some hope that after playing West Brom and Porto, it might be harder for them to play a third game in a week, and if we produce a performance against them we may be able to get a good result like West Brom.”

Thomas Tuchel, meanwhile, says “They play calm, experienced, very, very solid, good organised. A very physical team, two key players up front which we need to be absolutely aware of and take care about. It’s a pleasure to be on the sideline with Roy Hodgson on the other side, it means a lot to me, and we will do everything to beat them tomorrow, but we expect a tough away game.

It is for us very important that we are fully focused on every challenge that we have. That we forget the games and results that we had and accept every new challenge and embrace every new challenge from the start. It gives us no advantage that we have a 2-0 lead against Porto when we play against Crystal Palace. We have to start over again and at the end of the season this is the challenge to be fully focused. This can give you a huge boost in self-confidence because tomorrow is not the day to fulfil all our goals. Tomorrow is only 90 minutes. You just have to focus for 90 minutes. You don’t have to think about Tuesday and then about the fixture against Manchester City. We do it step by step and we can rely that we are fully fit. We arrive without big injuries and hopefully it stays like this and this should give us self-confidence. The fact that we are able to defend as a team and that we can always rely on our solidarity and the strong bond on the pitch and the hard defensive work hopefully gives us a big amount of self-confidence to go through all these steps even when difficulties arrive. They are there. There are teams waiting for us, who play a little bit less, like West Brom during the international break, they had the chance to prepare better than we had. Like Crystal Palace maybe they had some more sleep than we had in the last days. We need to accept it and rely on ourselves but this is the main target to find a good balance between recovery, between training and to be focused on point and take step by step.”

For Crystal Palace, Nathaniel Clyne (muscle), James Tomkins (eye), Mamadou Sakho (thigh) and James McArthur (calf) are joined by Connor Wickham on the injury list. Michy Batshuayi is ineligible to play against us.

For Chelsea, Thiago Silva is suspended but we otherwise have a full squad available, or at least the one’s the manager deems good enough.