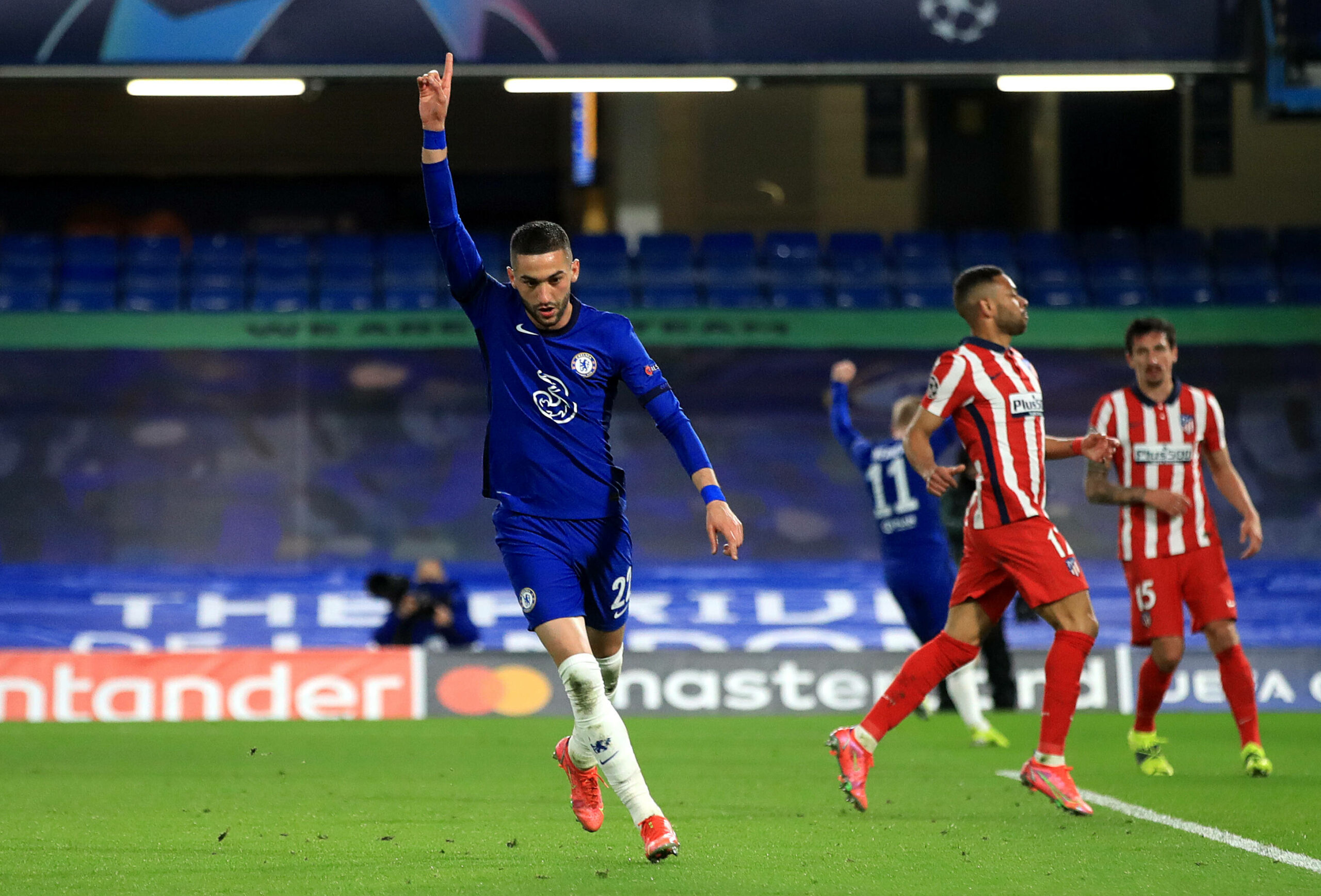 Despite latching on Timo Werner’s through ball to put the Champions League between Chelsea and Atletico Madrid beyond doubt, Hakim Ziyech has failed to impress Marcel Desailly.

Ziyech broke the deadlock in west London in the 34th minute before Emerson Palmieri struck a final blow on Atletico to propel Chelsea to the quarter-finals.

The left-footed forward took his tally for the season to three goals, opening his scoring account at Stamford Bridge in the process.

It was the Moroccan’s third start in the last four competitive matches under Thomas Tuchel, as the €44million-paid star starts to pick up momentum.

According to WhoScored, the 27-year-old winger had a 79.6% passing accuracy and wasted three balls during the 77 minutes he spent on the pitch last night.

The former Ajax star also chipped in with three key passes and as many successful dribbling attempts.

However, one aspect of his performance deserves special attention. None of Ziyech’s crosses managed to connect with his teammates.

His inability to pick up his fellow attacking colleagues in the opposition’s penalty box has drawn criticism from Desailly.

“When you look at the performance of Ziyech, I really do not think his performance was magnificent,” the Frenchman told BeINSports, as relayed by The Chelsea Chronicle.

“He missed a lot of crosses. He was not very effective in dribbling.

“But the collective and the spirit brought Chelsea collectively to a different level, in possession of the ball and how they played.”

Despite Desailly’s verdict, the Blues supporters can be happy to see Ziyech perform regularly under Tuchel.

After a topsy-turvy season, the under-fire forward needs more game time to rediscover his Ajax form and prove the doubters wrong.

He won’t have to wait long to get the next chance to impress, as Chelsea play host to out-of-sorts Sheffield United in the FA Cup quarter-finals on Sunday.