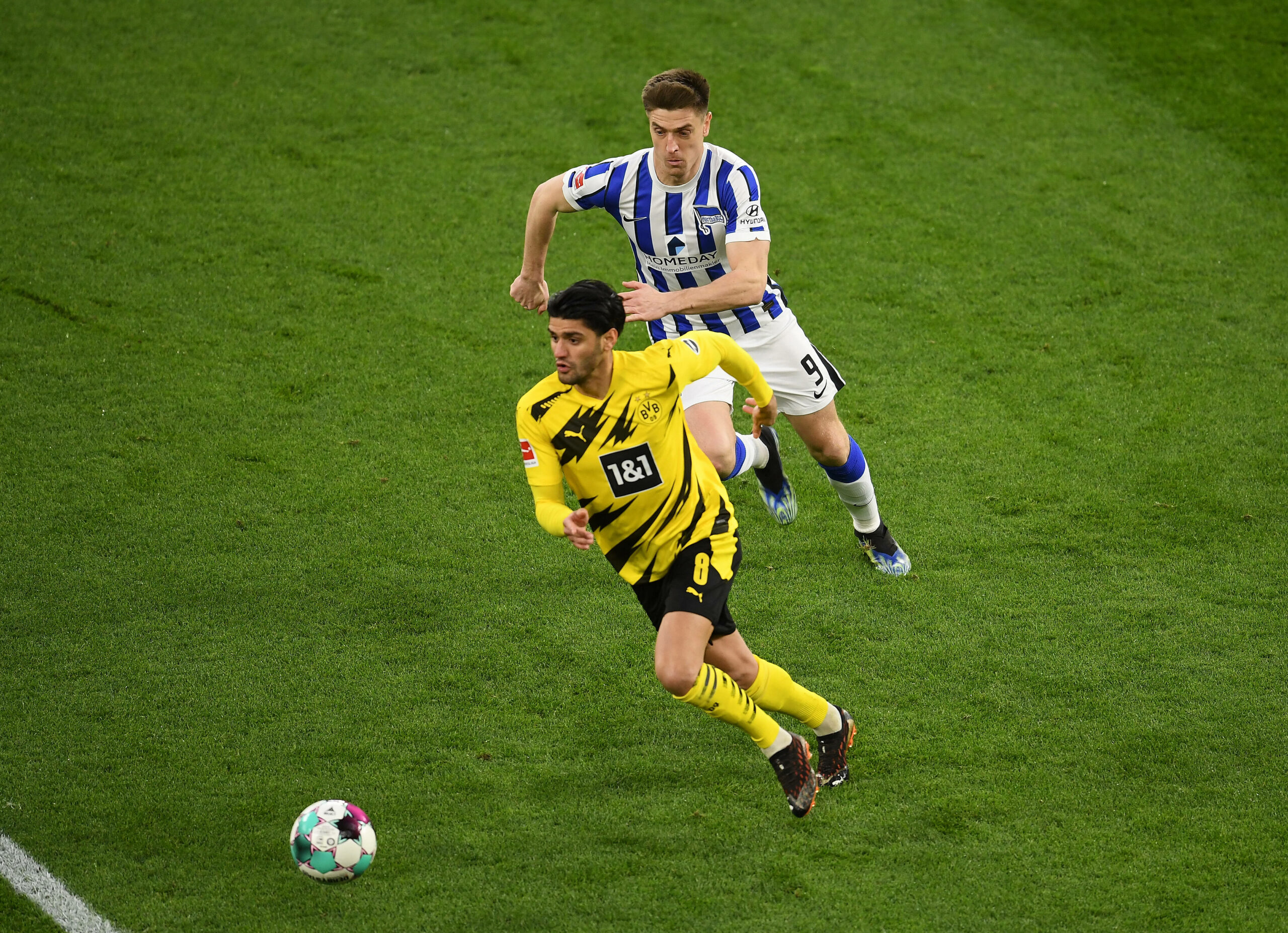 The Blues got off to a flier under the German manager, but a lack of creativity in the midfield continues to trouble Frank Lampard’s successor.

N’Golo Kante remains one of the most highly appreciated defensive midfielders in world football but has virtually no impact going forward.

Jorginho and Mateo Kovacic provide safety from deep areas but take no risks in finding killer passes in the final third.

Despite boasting an impressive pass success percentage of 88.6% (WhoScored), the Italian metronome has only managed one assist in the Premier League this term.

The Croatian star’s pass success ratio of 91.4% eclipses Jorginho’s coefficient, but a tally of only two top-flight assists this season remains an issue.

Tuchel now wants to add a new option to his well-stocked midfield department to give his team a new dimension in the attacking third.

Dahoud, who has enjoyed a sumptuous season at the Signal Iduna Park, has generated interest from numerous Premier League clubs.

Manchester City, Tottenham Hotspur and Everton are all keen on hiring the Syria-born midfielder.

The 25-year-old joined Dortmund from Borussia Monchengladbach in 2017, putting pen to paper on a five-year contract.

Before completing a move to North Rhine-Westphalia, Dahoud was a transfer target for the London side.

However, Tuchel, who was still in charge when an agreement between Dortmund and Monchengladbach was struck, left his current employers empty-handed.

Although the 47-year-old manager left the Bundesliga by the time Dahoud’s switch was completed, the German is well aware of his countryman’s qualities.

Rapidly approaching the final year of his contract with Dortmund, the in-demand star could move on in the summer.