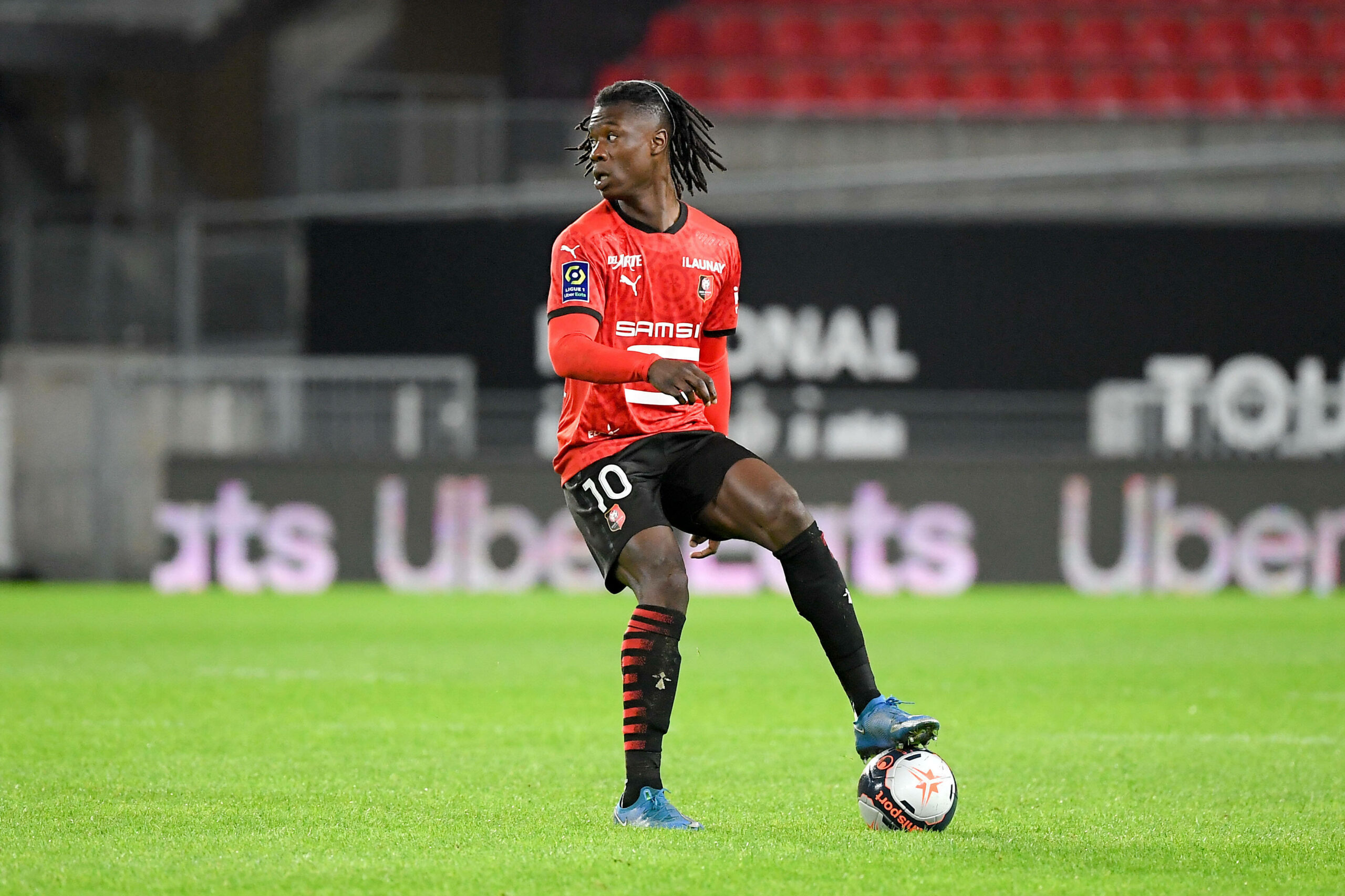 Chelsea are reportedly exploring the option of launching a bid for highly-rated Rennes midfielder Eduardo Camavinga.

Thomas Tuchel’s pursuit of a box-to-box midfielder has swayed Chelsea into considering a move for Camavinga, per Spanish outlet AS.

The German manager is an admirer of AC Milan’s Franck Kessie, but the Italians are reluctant to let their indispensable first-team star leave the San Siro.

Although the Blues have notably improved since Frank Lampard was dismissed, Tuchel is hoping to be granted the opportunity to overhaul his squad in the summer.

Adding a tireless runner to his technically gifted midfield tops the 47-year-old’s summer agenda, and Camavinga could fill the vacuum.

Hailed as one of the brightest young prospects in Ligue 1, the 18-year-old has been a permanent fixture at the Roazhon Park since making his senior breakthrough in April 2019 at the age of 16.

Despite his young age, the French midfielder has already made over 70 senior appearances for Rennes in all competitions.

His high-octane performances in the middle of the park have also earned the youngster three international caps for France under Didier Deschamps.

However, Camavinga could be on his way out of Rennes at the end of the season following the exit of manager Julien Stephan and the club’s inability to compete for European football.

The French whizz-kid is approaching the final year of his contract, which may force Les Rennais to consider his sale in the summer.

With European football out of the picture and the player’s desire to leave abundantly clear to everyone at the Roazhon Park, the Ligue 1 outfit may have to settle for a fee in the region of €30-40million.

Given the current market situation and the coronavirus’ impact on the clubs’ finances, signing a player of Camavinga’s potential for such a figure seems like a bargain.

However, Chelsea will face competition from Manchester United and Real Madrid in the race for the midfielder’s services.