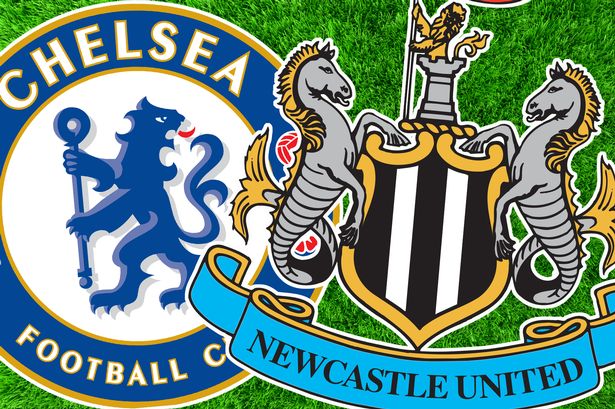 Tonight’s game sees us take on Newcastle in the Premier League at Stamford Bridge.

We’re back in London and it’s not as chilly as it was in Yorkshire in the cup midweek, so hopefully there’ll be no excuses for not turning up. Barnsley didn’t make it easy for us Thursday night, but in the main, we looked as if a cup of cocoa in front of an open fire would have conjured up a bit more enthusiasm from some of our players than a cold night in Yorkshire. Obviously we got the win in the end, but we have to be much more clinical if we’re going to continue to get the results we need.

We’ve won our last four games but there’s no getting away from the fact that the money spent has yet to pay any dividends. In reality, it’s our academy or senior players who’ve come up with the goods to get those results, so it would be good to start seeing a return for the investment.

Newcastle have won two of their last six Premier League games against us, and recent wins against Everton and Southampton has seen them pick up six of the last nine points available, so this is hardly a team on the ropes we’re facing tonight. We’ve won each of our last eight home games with Newcastle in all competitions and they’ll be missing Callum Wilson tonight, so we should really be taking full advantage.

Results didn’t do us any harm over the weekend but they will be largely irrelevant if we don’t go all out for three points tonight.

Going into today’s game, Thomas Tuchel, says “It was not concussion-related (with Christensen v Barnsley) at all. It was a headache so we took Christensen off. It’s too soon for sure for Thiago. We are aiming for Southampton and trying hard so let’s see if we make it but we cannot promise.  It should be absolutely okay for Timo to come back but maybe too close for Kai.”

Newcastle manager, Steve Bruce meanwhile, says “I was disappointed, like most of us were, to see Frank Lampard lose his job.  I think he’d done such a wonderful job the year before.  Now of course when you make so many changes it certainly needs a bit of time. No matter if you are Chelsea or whoever you are.  We all feel for Frank but that is, unfortunately, the nature of the business.

A new manager comes in with a world-class reputation.  And they have changed, they have gone to a different system.  They’re playing three at the back with wing-backs, whether that’s going to be his way forward, only time will tell. But that is certainly what he has implemented straight away. Whoever you are up against as a coach, you know that Chelsea will have good players. It’s right across the board and we have a big and tough week ahead.”

For Chelsea, Thiago Silva remains out and Kai Havertz is doubtful, but Timo Werner and Andreas Christensen should be fit.

For Newcastle, Callum Wilson (hamstring), Fabian Schar (knee) and Javier Manquillo (ankle) are all injured, Jeff Hendrick is suspended, and Jamaal Lascelles (hamstring) and Federico Fernandez (muscle) will be assessed.