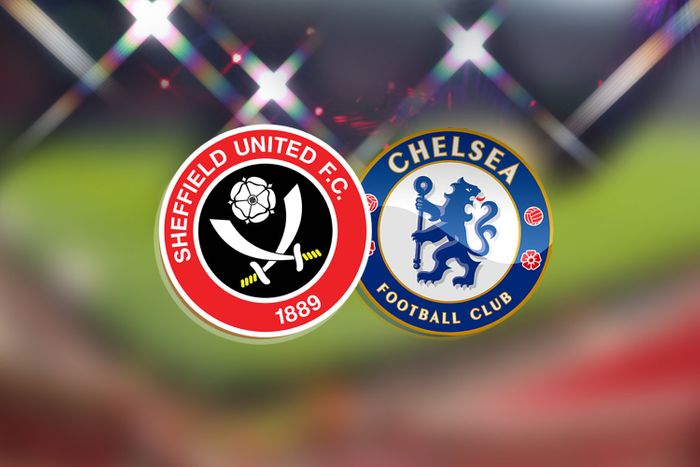 Tonight’s game sees us make the trip to Bramall Lane to take on Sheffield United.

For Chelsea, seven points from nine under Tuchel saw us go above Tottenham into 6th place midweek but we needed a penalty for the win. Whilst Spurs didn’t ever really test us, for all our possession and control of the game, we were a bit disappointing in front of goal. We do look more organised and Tuchel seems to have confidence in the players he’s got but I remain sceptical around Alonso’s inclusion. Fair play, we’ve got away with it so far, but our defence hasn’t been tested in the way West Brom tested it in September, for example, and we all know what happened there.

We made the game against Spurs harder for ourselves than it needed to be, resulting in some frayed nerves as the game wore on. Recent results demonstrate Sheffield United don’t give up until the final whistle, so unless we put this to bed early, we might struggle to convert possession into points today.

Going into today’s game, Sheffield United manager, Chris Wilder, says “We have got some decent results on the board recently. We are under no illusions, I am under no illusions as to what we are up against next.  Just because we have Man United and Man City out of the way, it doesn’t become any easier on Sunday evening with the team that we are up against and the players and the squad that will travel to Bramall Lane.

I know that they have replaced Frank with a very experienced, world-class manager. That’s the standard of the football club.  I was very disappointed that Frank had gone and similar to a lot of managers regarding time and processes that Frank had put in place to develop that group and move it forward.  There’s a couple of players come out of the team and a couple gone in but whatever system and whatever tactics they still have world-class players that they have paid huge amounts of money for, a huge challenge and one that we look forward to.”

Thomas Tuchel, meanwhile, says “I cannot influence other results and I cannot influence what the other teams do. I know there are too many teams between us and the Champions League places.  It is maybe boring, and I can understand, but I simply know no other approach than to take it step by step. The most important thing is that we don’t lose the focus and we care about the guys who were not on the pitch against Tottenham and get a lot of attention, so we have to take care of them and to take care of our quality and atmosphere in the dressing room that we are able to compete again on Sunday.  Maybe we need some changes to be sharp again and to be physical again and that we are able to compete on the highest level in the next game and able to compete against a strong Sheffield and a very physical Sheffield side which won the last games.

This is all we focus on and the rest we have no influence on. We have enough to do to take care of ourselves. I look match to match or we lose the focus. Once you bring your head up and look more than one game, you lose your focus.  I don’t know any other approach, maybe other coaches do – for me it’s not possible and of course not possible if we step up in the middle of the season. We take this step by step. It starts 0-0 and we have to earn our points. If we want to get points we have to earn them and this is the only way I know how to do it. Everybody is happy about that and the results and the points take care of themselves and we have to be focused and to improve and take care of the things that are good.”

For Sheffield United, Enda Stevens (calf) is a doubt and George Baldock (hamstring) is being assessed. Ethan Ampadu is ineligible to face us, although Ben Osborn is available.

For Chelsea, Kurt Zouma and Kai Havertz are injury doubts and will be assessed, Thiago Silva (thigh) is a major doubt after his injury against Spurs.