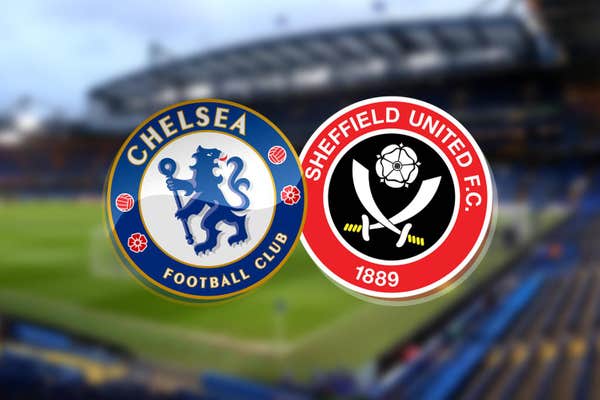 After a decent win and another clean sheet midweek against Rennes in the Champions League, we’re at home again in this evening’s game, this time to Sheffield United in the Premier League.

The Blades did more than hold their own against us last season, with a draw in this fixture and a 3-0 win against us at Bramall Lane in July. This season, they’ve struggled so far, for points and goals but they haven’t been that poor, so both will come eventually – let’s just hope neither come today.

Going into today’s game, Chelsea manager, Frank Lampard, says “I want to be clear going into the game that Sheffield United are an amazing team; an amazing team with an incredible manager. If you look at the table, you’ll see them in a position that’s not I suppose false but nowhere near should we take that as our guideline for the game we’ve got in front of us. I watched them play Liverpool recently, I watched them play Manchester City, who most people would say are the best teams in the league, they ran them both very close. And they are a still the same great team that had such a great season last year. So it’s a very, very tough match.”

Sheffield United manager, Chris Wilder meanwhile, says “People might talk about inexperience but people always look for an excuse to dig managers out.  And I can’t see anything else but an unbelievably driven manager in Frank Lampard and intelligent one who had a fabulous playing career and who is taking those experiences into his managerial career.  The problems he had there in his first season, with the transfer embargo, he did very well but he is now putting his stamp on the team and I expect them to go really well this season.

I think there’s a few clubs beneath Liverpool and Manchester City who are desperate to close that gap, and there is a gap. Chelsea are certainly the standout one for me in terms of closing the gap between the two teams who have been the best in the country for quite a period now. Chelsea are an outstanding side and I believe they are going to close that gap and I think they will be in and around it right the way through.”

For Chelsea, Christian Pulisic (hamstring) and Kai Havertz (covid) remain out and the game comes too soon for Billy Gilmour (knee). Kepa (shoulder) is available again although is unlikely to move Mendy from his place in the first XI.

For Sheffield United, John Fleck and Lys Mousset are absent, whilst Ethan Ampadu is ineligible to play against us.