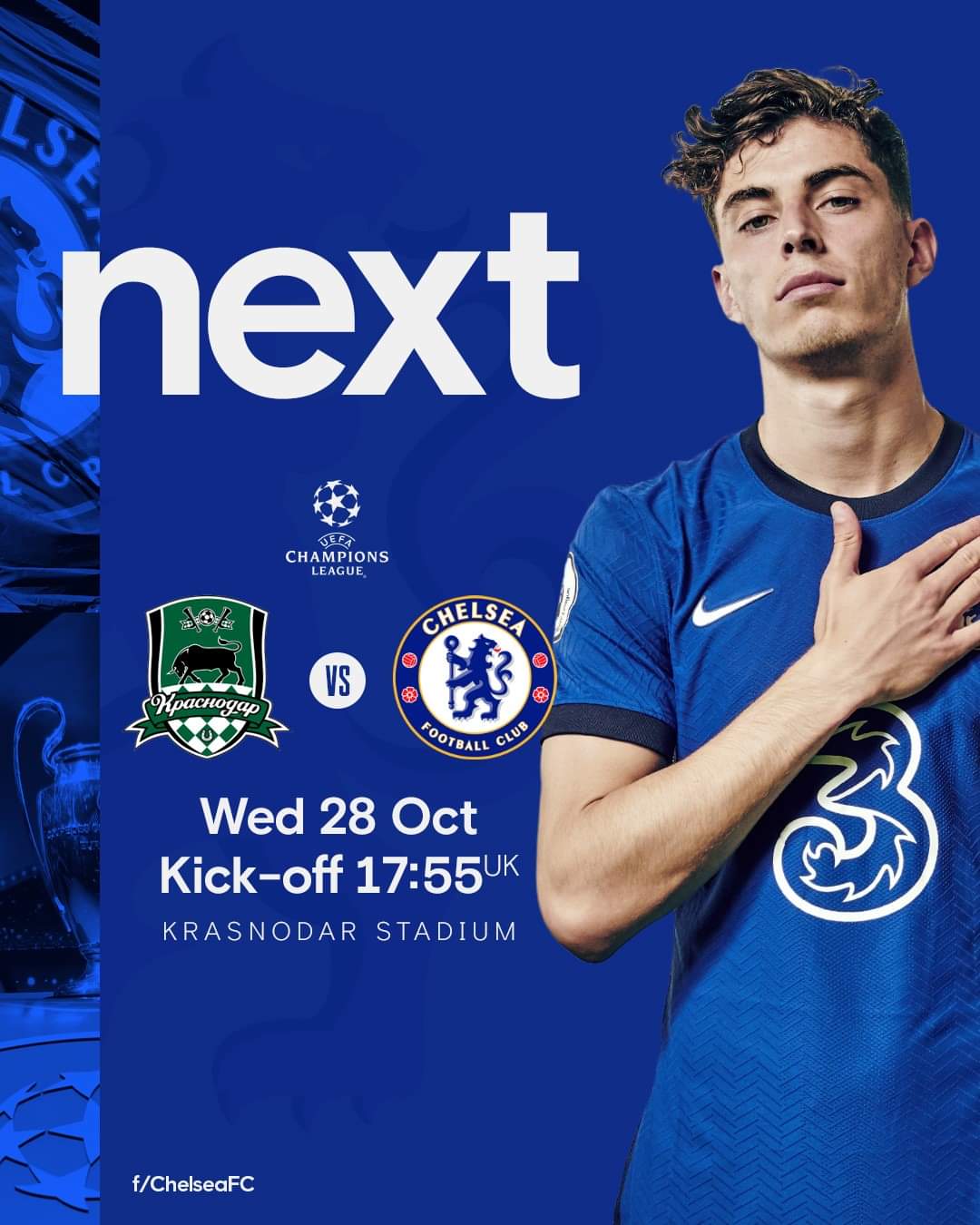 A long trip to Russia lays in wake for the Blues. Following on from a goalless draw with Sevilla on Matchday one, Chelsea will be favourites to come home with three points.

I would expect a few changes following Saturday’s trip to Old Trafford. The fixtures are coming thick and fast, and we face a challenging trip to Burnley on Saturday. Preparation will be short after a long trip back from Russia. Here’s our predicted starting XI.

Edouard Mendy has made a fabulous start to life in the premier league. The Senegalese international has kept three clean-sheets from four matches, conceding only one goal. I can’t see him being rested, but there is a chance Willy Caballero could be given an opportunity.

Thiago Silva has had a gruelling few weeks. A long haul international break saw him miss the Southampton game. I think we’ll see Antonio Rudiger, and Fikayo Tomori given a chance to anchor the defence in the Brazilians absence. Marcos Alonso may well be given an opportunity to stake a claim, giving Ben Chilwell a deserved rest. However, I suspect the impressive Reece James could continue at right-back.

Decisions, decisions, decisions… Having let Ross Barkley, and Ruben Loftus-Cheek leave on loan, we’re not as well stacked in this area as we were. I would consider playing Mason Mount in the attacking role. With two of Mateo Kovacic, N’Golo Kante or Jorginho making up the rest of the midfield.

Hakim Ziyech has a great chance to make his first start and hopefully impress for the Blues after a frustrating injury-riddled start to his Chelsea career. Tammy Abraham will be hoping to start, although Olivier Giroud will be itching to make an impression this season. Callum Hudson-Odoi could also figure.

It’s a tough call on who to select. The long trip, a need to use the squad, but also some much-needed continuity and a morale-boosting win is needed.