Chelsea reportedly amongst a host of clubs looking at Polish youngster 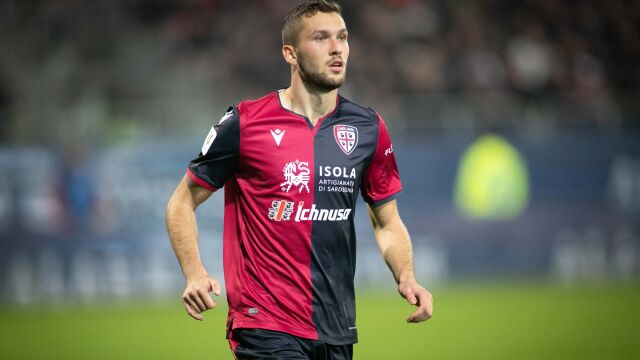 Incredibly we’re only just over two months away from the next transfer window. As we edge closer, there are bound to be more and more rumours.

Chelsea’s defensive issues have not gone away. Thiago Silva, Ben Chilwell, have gone some way to addressing the issue. More recently of acquisition of Senegalese stopper, Edouard Mendy has stopped the Blues leaking goals. The 28-year-old has kept an impressive three clean-sheets in four matches.

It still comes as no surprise that the Blues will most probably still look at defensive reinforcements in the new year.

According to 90mins, Chelsea is looking at the possibility of signing Poland international, Sebastian Walukiewicz. The 20-year-old has made an impressive start to life in Serie A, following a move last season. This season he has become a regular for Cagliari, starting all seven Serie A games so far. Playing alongside Diego Godin, the former Pogoñ Szczecin man has attracted interest from across Europe.

The report suggests the Blues are joined by Manchester United, Inter Milan, Lazio, Borussia Dortmund, and Atletico Madrid in keeping tabs on the youngster’s progress.

It’s always nice to see the Blues showing an interest in top talent, but I feel if we’re going to add to our squad we need to be looking at experience. Walukiewicz has a bright future I’m sure, but we have our own promising youngsters breaking through the youth ranks. Of course, there is Fikayo Tomori as well. A run of games alongside Thiago Silva would be a massive benefit to realising his undoubted potential.

Chelsea could complete trio of signings next week