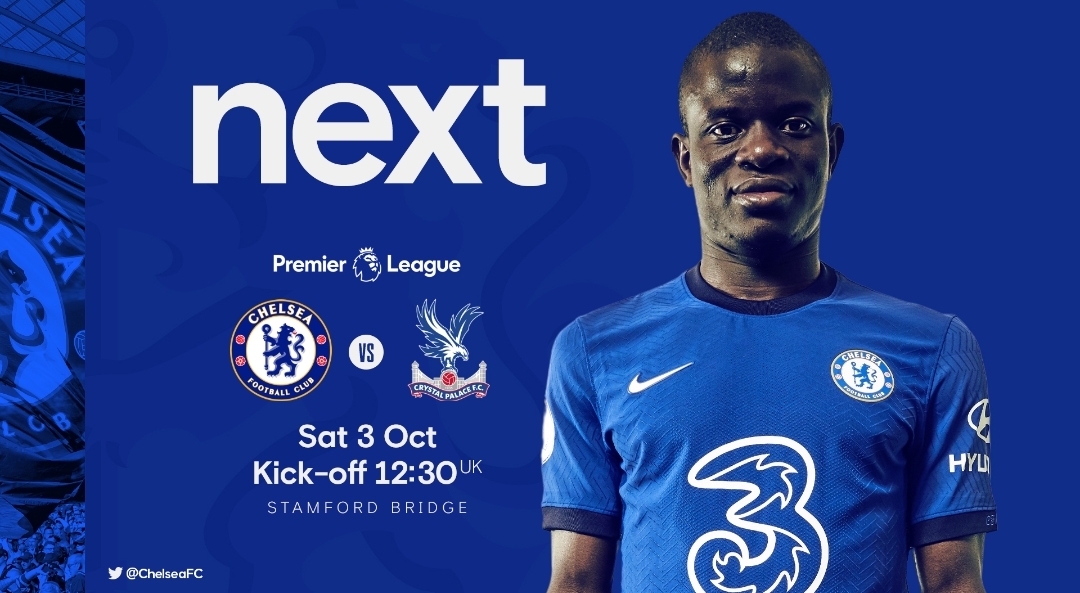 Chelsea will be looking to tomorrow lunchtime at Crystal Palace visit Stamford Bridge. It’s been a difficult week for the blues coming from three down at West Brom to Snatch a point last Saturday day before succumbing to a penalty shootout defeat in the carabao cup at Tottenham on Tuesday.

Despite the defeat during the week, Edouard Mendy put in an assured performance on his debut. Although Willy Caballero and Kepa arrizabalaga will be in the running, I have no doubt the Senegalese international will get the nod to start his first Premier League game. Hopefully, Ben Chilwell will be considered fit enough to start at left-back. I also believe Reece James will return to the right-back role. Thiago Silva should return at centre-back being partnered by Kurt Zouma.

I would expect a central midfield pairing of Matteo Kovacic and N’Golo Kante. Ross Barkley moved to Aston Villa earlier this week. The move should give Ruben Loftus-Cheek more opportunities to regain form and fitness.

Frank Lampard has confirmed that Christian Pulisic will be part of the squad. However, he is still not considered fit enough to start but will hopefully make a cameo appearance from the bench. With that in mind, I expect Callum Hudson-Odoi to return to his role on the left-hand side. Timo Werner scored his first goal for the club at Tottenham. It would do the German the world of good if he could continue in that central role and add more goals to get his season in full flow. There is no doubt that Mason Mount needs a rest. The youngster has been a mainstay in Frank Lampard’s side so far this season. Hakim Ziyech is unfortunately still out with injury. So I’m going with Kai Havertz. Although I’ve named him on the wing, I suspect he will alternate with Loftus-Cheek and Hudson-Odoi as part of a three behind the striker.

What Chelsea need to do is make a positive start to tomorrow’s game. Crystal Palace have the ability to upset the favourites. However, if Chelsea can start the right tempo. I can only see one winner. Score prediction: Chelsea 3 Crystal Palace 0.