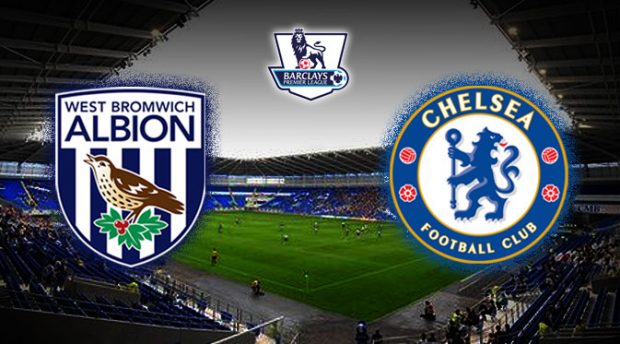 It has been a mixed bag for us over the last week, with a defeat to Liverpool Sunday, thanks to Christensen and Kepa taking the phrase ‘charity begins at home’ a bit too literally, followed by the sort of win we’d expect on paper against Barnsley in the Carabao cup but not one we’d often get on the pitch. Of course, six goals without conceding was exactly what we needed to pick us up midweek, especially when three of them came from Kai Havertz, but what we really need is to get back on track in the league.

Today’s late game sees us up against West Brom, who haven’t had a happy return to the Premier League, with eight goals conceded in 2 defeats so far against Leicester and Everton. We’ve had a decent run against West Brom in recent times but if we want that to continue, we’ll need to be a little less benevolent at the back.

Going into today’s gamer, West Brom manager Slaven Bilic, says “The talent that Frank and the club have brought into Chelsea, it’s great and it gives their fans and their players and everybody the confidence that they can again become title contenders. They weren’t last season because obviously they didn’t spend enough money to strengthen their squad.  Nowadays you see in every transfer that the big ones – but not only the big ones – every team from the Premier League is trying to improve, is trying to get more players, to get more quality on the pitch, so they’ve done it.  For me it’s only the start of the season and it’s a matter of how quick they are going to gel. But they are top players and with Frank I think it will not take them a long time to gel.”

Chelsea manager, Frank Lampard meanwhile, says “Christian Pulisic isn’t fit, nor is Hakim Ziyech. They’re both training with us, which is good news, so we’re hoping to have them both in proper match contention in the next week or two.I believe Thiago and Ben are fit enough to start but I need to take into consideration we play again Tuesday and then the Saturday. I’m managing that one.  With Ben I’ll be a little more cautious as his injury has been a difficult one.”

For West Brom, Conor Gallagher is ineligible to play and Kieran Gibbs is suspended. Ahmed Hegazi (hamstring) is back in training but unlikely to feature and Kamil Grosicki is a doubt, Branislav Ivanovic could feature though.

For Chelsea, Billy Gilmour (knee), Hakim Ziyech (knee) and Christian Pulisic (hamstring) all remain out. Andreas Christensen is suspended after his red card against Liverpool, but Ben Chilwell and Thiago Silva are both available. New signing Edouard Mendy is not expected to play.