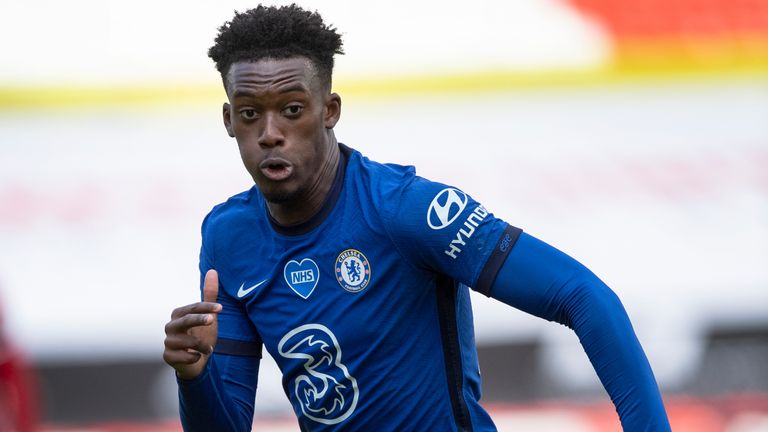 Frank Lampard confirmed at yesterday’s pre-match press conference that Callum Hudson-Odoi would start for Chelsea in this evenings carabao cup clash with Barnsley.

Injuries to other wingers have handed the youngster an opportunity to impress the Blues boss. His own injury problems sustained in April of last year have blighted his progression. The youngster has been left scrapping for action since his return. Coming back from a severe injury was never going to be easy, and you could say that Frank Lampard is trying to bring him back into the setup slowly.

However, others would argue the 20-year-old is simply not getting the opportunities to realise his full potential. Hudson-Odoi impressed under the management of Maurizio Sarri during Chelsea’s successful Europa League campaign in the 2018-19 season. His return from injury has not been as fruitful.

This evening could hopefully see a Resurgence of form from the England youngster. Competition for places is looking increasingly tricky. Christian Pulisic has made the left-hand side very much his own but has also had problems with injury.

Although Willian and Pedro have both left the club, Chelsea have also added competition such Hakim Ziyech and Kai Havertz to their squad who can also play In those roles. also, Timo Werner started against Liverpool on the left-hand side. It’s vital that Callum takes this opportunity to shine this evening.

Chelsea face a trip to West Brom on Saturday, and this is a golden opportunity for him to impress Lampard to put himself in the reckoning to possibly start or at least have a cameo role from the bench at The Hawthorns.

So it’s over to you Callum. Time to show everybody what you can do.

What do you think of Callum Hudson-Odoi? Has he got the makings of being a future world-class player? Can he realise any potential that he may have? Does he have a long-term future at Chelsea? Feel free to share your feelings below in the comments section.