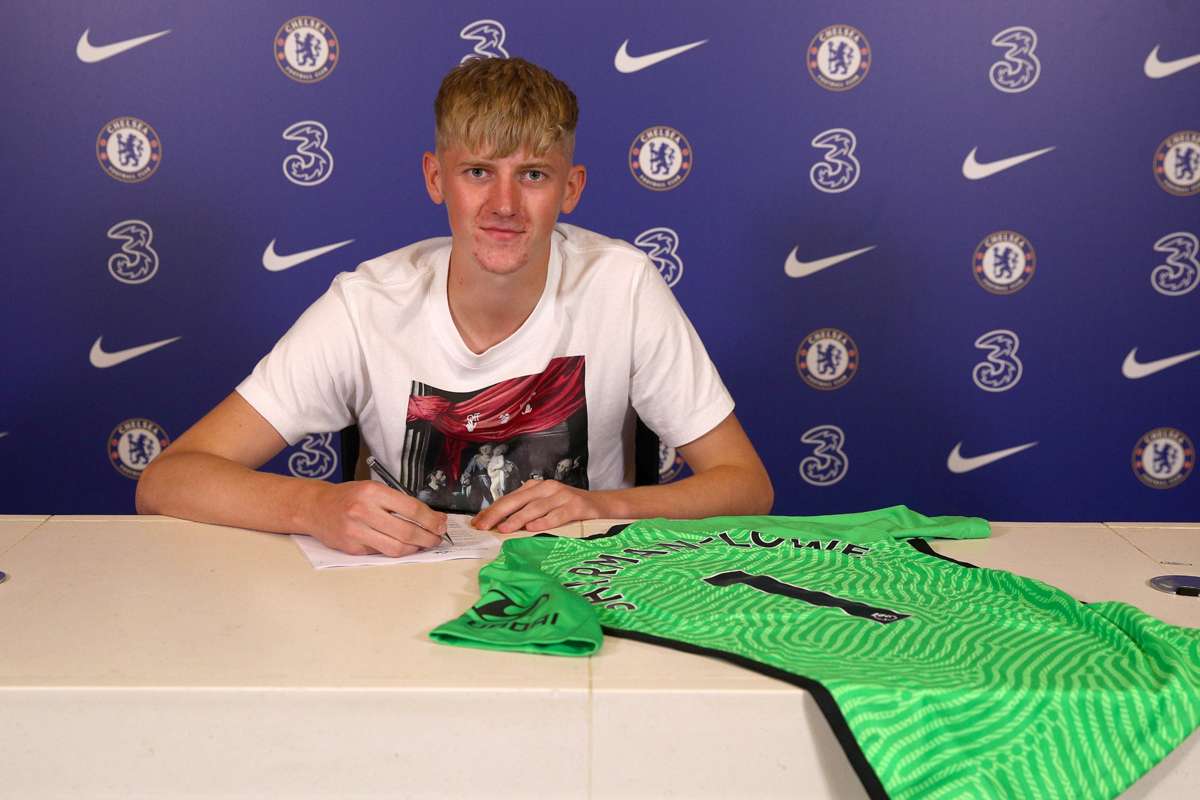 England U17 shot-stopper Teddy Sharman-Lowe has joined Chelsea from League One outfit Burton Albion in a three-year deal.

Chelsea are having problems with the goalkeeper position in the previous season where they conceded more goals than any top-four side, Sharman-Lowe is not yet a first-team player but an addition to the pool of young shot-stoppers. The 17-year-old will be going back on a season-long loan to Burton.

The goalkeeper was called up to the England U17 team for three games in February against the likes of Ukraine and Russia as part of their preparations for the UEFA U17 Euro Elite Round Qualifiers.

A product of the Burton Albion Academy, Sharman-Lowe was named in the Brewers’ match-day squad on six occasions this season. He even started a pre-season friendly for the first-team recently.

Petr Cech, the technical and performance advisor at Chelsea, personally went to see the goalkeeper play in the off-season matches. Recognizing his talent, Cech was quick to bring the 17-year-old to Stamford Bridge. But in mutual discussions with the player’s family and Burton head coach Jake Buxton, it was decided that the youngster will continue his development at the Pirelli stadium.

In what has been a stellar transfer season, Chelsea have spent more than €200m but are still in search for a new keeper to replace Kepa Arrizabalaga. Sharman-Lowe is a promising prospect who could potentially be a starting goalkeeper in the years to come but the Blues need a first-team keeper in order to compete against Manchester City and Liverpool for the Premier League title next season.