Germany featuring Werner and Rudiger, held by Switzerland in the UEFA Nations League 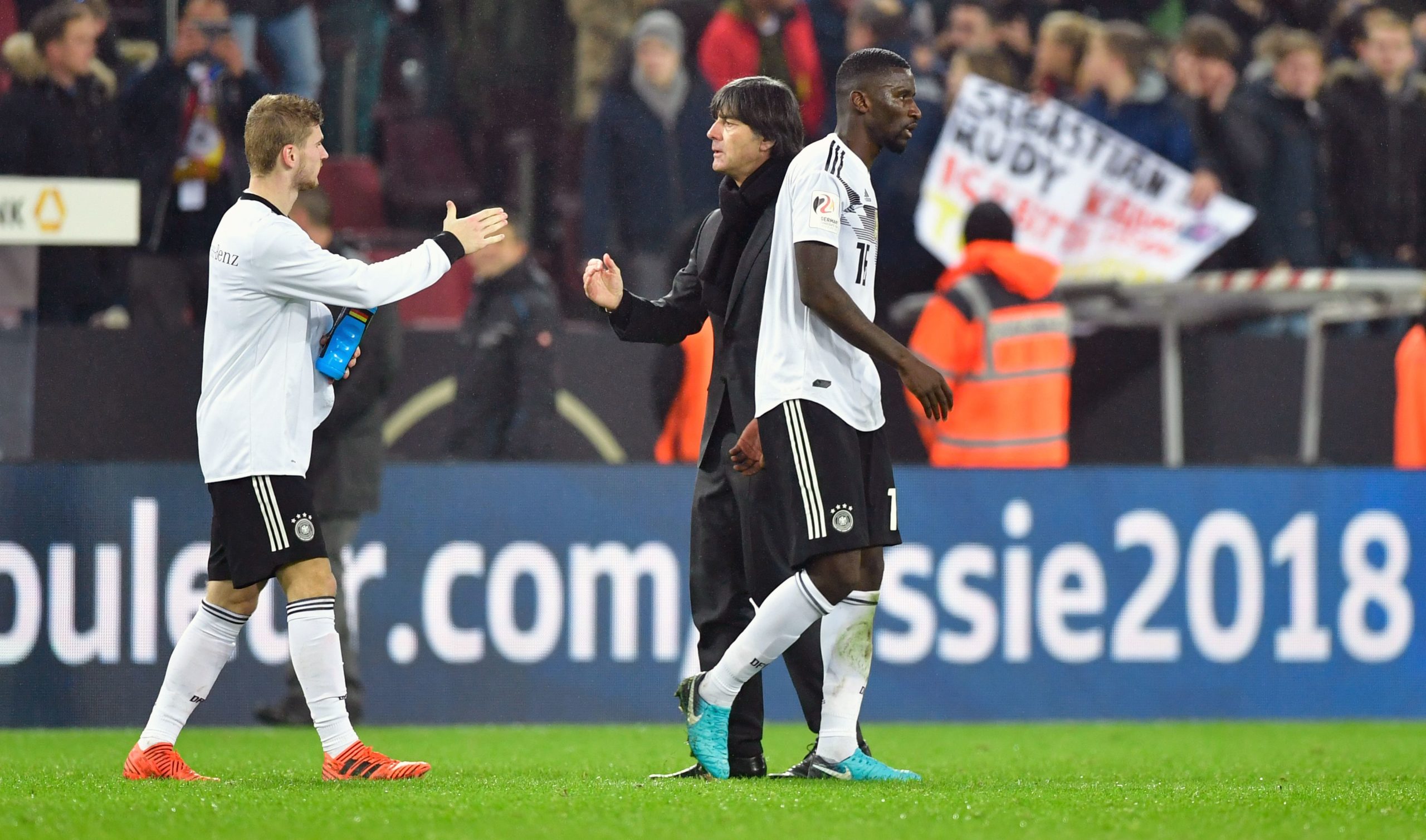 Germany failed to secure a win in the Nations League against Switzerland as they blew away a 1-0 first-half lead. In last week’s fixture against Spain, the Germans faced a similar fate after faltering in the extra time.

Joachim Low’s side played in a back three with Antonio Rudiger on the left. Timo Werner started the game in a familiar left-forward slot. Meanwhile, midfielder Kai Havertz was not involved after completing his move to Stamford Bridge. He was seen training at Cobham under the watchful eyes of Chelsea boss Frank Lampard.

Ilkay Gundogan scored Germany’s only goal in the 14th minute of the match as Germany made a bright start to the match. Werner came close twice to help Germany with a goal but was unlucky.

He made a quick run in his first attempt and almost teed up Julian Draxler who forced a save from Swiss shot-stopper Yann Sommer. Five minutes later, Werner had an opportunity to score himself as he took down a cross from Robin Gosens only to fire the ball over the crossbar.

Rudiger made crucial blocks in the first half, most notably against Borussia Monchengladbach forward Breel Embolo in the opening minute of the game. He completed three tackles- most by any player on the pitch and didn’t shy away from getting forward.

In the second half, Switzerland created more chances and looked threatening. They equalized courtesy Basel’s Silvan Widmer’s strike in the 57th minute.

Both Werner and Rudiger completed 90 minutes. Low deployed Werner as a center-forward when Leroy Sane was substituted at half-time.

​The German National Team is set to play Turkey in a friendly next month before locking horns against Ukraine in a Nations League fixture.