Chelsea chief in contact with the agent of Kalidou Koulibaly 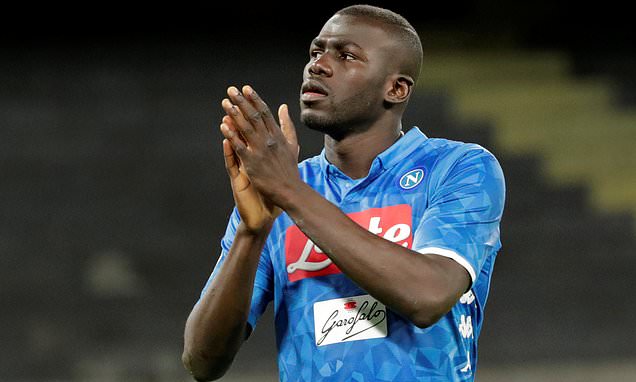 Chelsea are reportedly in talks to sign four players, according to football insider Dean Jones of BR Football.

Chelsea are in talks to sign Kai Havertz from Bayer Leverkusen, Ben Chilwell from Leicester City and Declan Rice from West Ham. A shock addition to this list is Napoli defender Kalidou Koulibaly.

Speaking on his Instagram live and being quoted by The Blue Stand, Dean Jones had this to say about the matter:

“I think there’s something to bear in mind for Chelsea fans is that they’re trying to sign a lot of players right now,” he said.

“I mean it’s really difficult. Marina’s days must be really long at Chelsea right now, the amount of calls she’s got to get through.”

Manchester City are linked with Koulibaly for a long time, but according to Dean Jones “the Citizens are not making an ‘active pursuit’ of the defender and the situation depends on what Chelsea can do.”

Koulibaly is one of the best center-backs in Europe for the past few seasons and has a price tag of £75 million. Napoli are adamant about the price, which makes it difficult to cut a deal.

Napoli and Chelsea have a good working relationship between themselves which is exhibited by the transfers of manager Maurizio Sarri and midfielder Jorginho to the Blues in the past year.

Frank Lampard is concerned about the Chelsea defence, which leaked a total of 54 goals in 38 games last season. The manager is targeting a centre-back who can manage the defence and Koulibaly fits the bill.