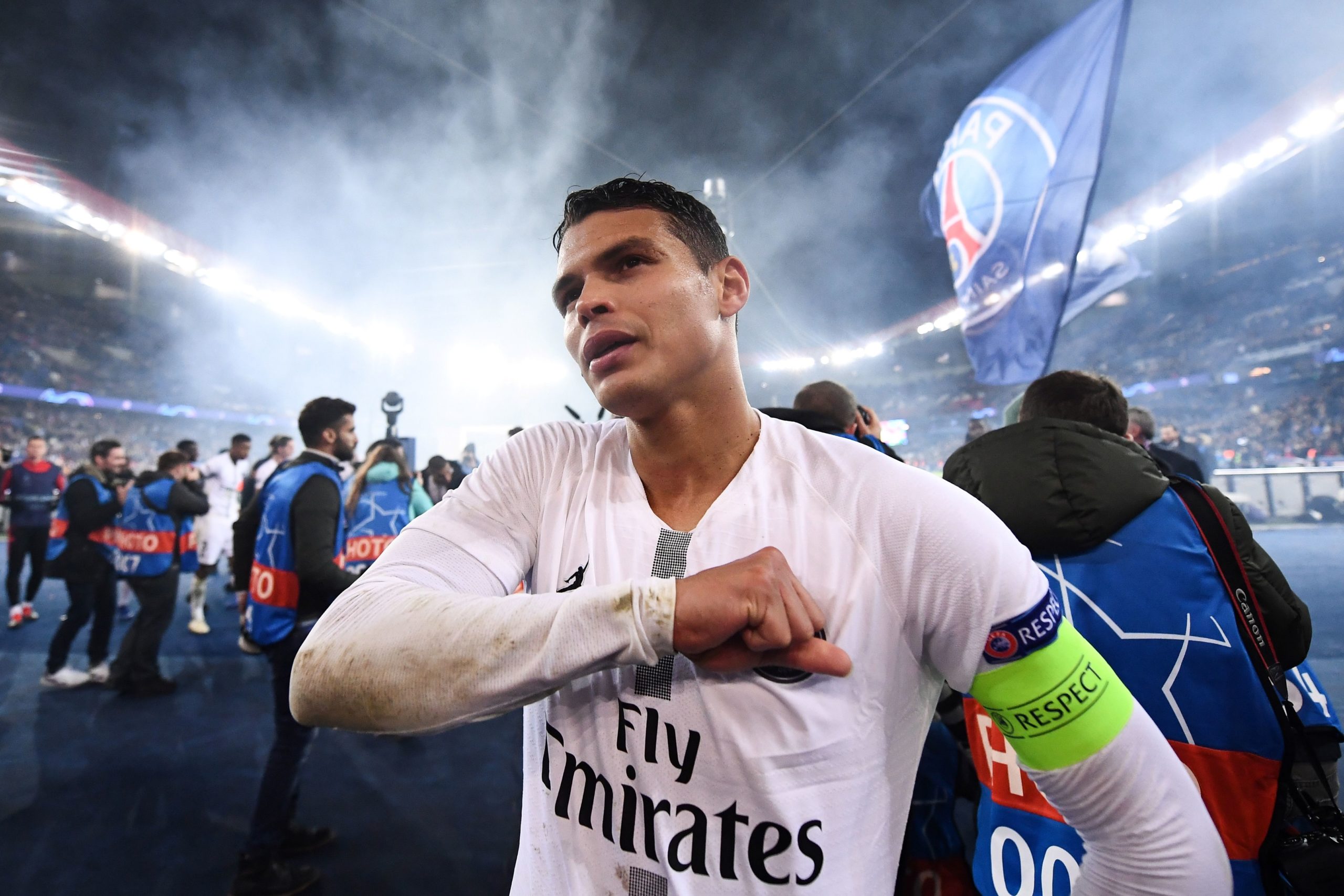 According to Fabrizio Romano, Chelsea are in advanced talks to sign Thiago Silva from Paris Saint Germain on a free transfer. Silva will play his last game for PSG in the Champions League final on Sunday.

There are issues to be ironed out with regard to the contract length. Chelsea are reluctant to hand anything but a one-year contract as reported by The Athletic.

Chelsea struggled defensively this season. The Blues conceded 54 goals from 38 games- the worst record by any team that finished in the top ten.

The club needs a defensive leader and Silva can prove to be the one.

Silva’s style of play and contribution to PSG

Silva is recognized as a complete defender without any major flaws. He is a force in the air- both defensively as well as going forward. He is good at closing down players and his leadership and game intelligence are unmatched. The defender is compared to Italian legend Franco Baresi, who admitted in 2012 that Silva was his ‘heir’.

PSG are a possession-based team who like keep the ball moving. They prefer playing out from the back and are largely successful in doing so. Silva is the main catalyst for this approach. Their talismanic captain is a true commander at the back who marshals the back-line expertly.

When put under pressure, Silva shows composure and passes it to a midfielder who drops in to collect the pass or to either wing players. But when he does not have any options to go to, the experienced defender backs himself to carry the ball to a safe zone.

Silva is a modern defender with excellent passing ability. This has been highlighted in his performances this season where he has made 71.1 average passes per game at a staggering success rate of 92.3%.

The Brazilian defender possesses a shrewd footballing acumen. The player rarely makes errors which is a testament to his reaction speed and concentration levels.

Spatial awareness and astute reading of the game are key components of his defending. Moreover, Silva has a very good tackling technique. His tackles are clean and elegant to watch but more importantly disrupt the opposition’s play. These defensive qualities owned by Silva compensate for his naturally decreasing pace and physicality and helps him stay on top of his game even at 35.

Will he fit at Chelsea?

Thiago Silva is a serial winner who has won many competitions and performed at the highest level for Porto, Fluminense, AC Milan, PSG, and the Brazil National Team. If he makes up his mind to join Chelsea, he will bring experience and winning mentality second to none in club football. Young defenders in the team will have a chance to learn from the best.

Like PSG coach Thomas Tuchel, Frank Lampard prefers to play out from the back and the team could benefit from him around. Given his pedigree and leadership skills at the back- a virtue the manager is looking for, he could fit the bill for the Blues.

However, certain questions need to be answered. At 35, (soon to be 36) there is no doubt that Thiago Silva is in the twilight of his career. PSG pays him astronomical wages- an estimated € 1.5m a month. It would be interesting if he’s ready to take a pay cut. Cultural differences could be an issue but Silva, who has played professionally for around two decades can easily tackle it.

If there is anybody that can pull off a stint in the Premier League at 36, it has to be Thiago Silva. With only three weeks remaining for the new season, Silva has to quickly adapt to a new country.

Gazing into our crystal ball, Silva could well be featuring against Brighton on 14th September.