What’s next for Ethan Ampadu? 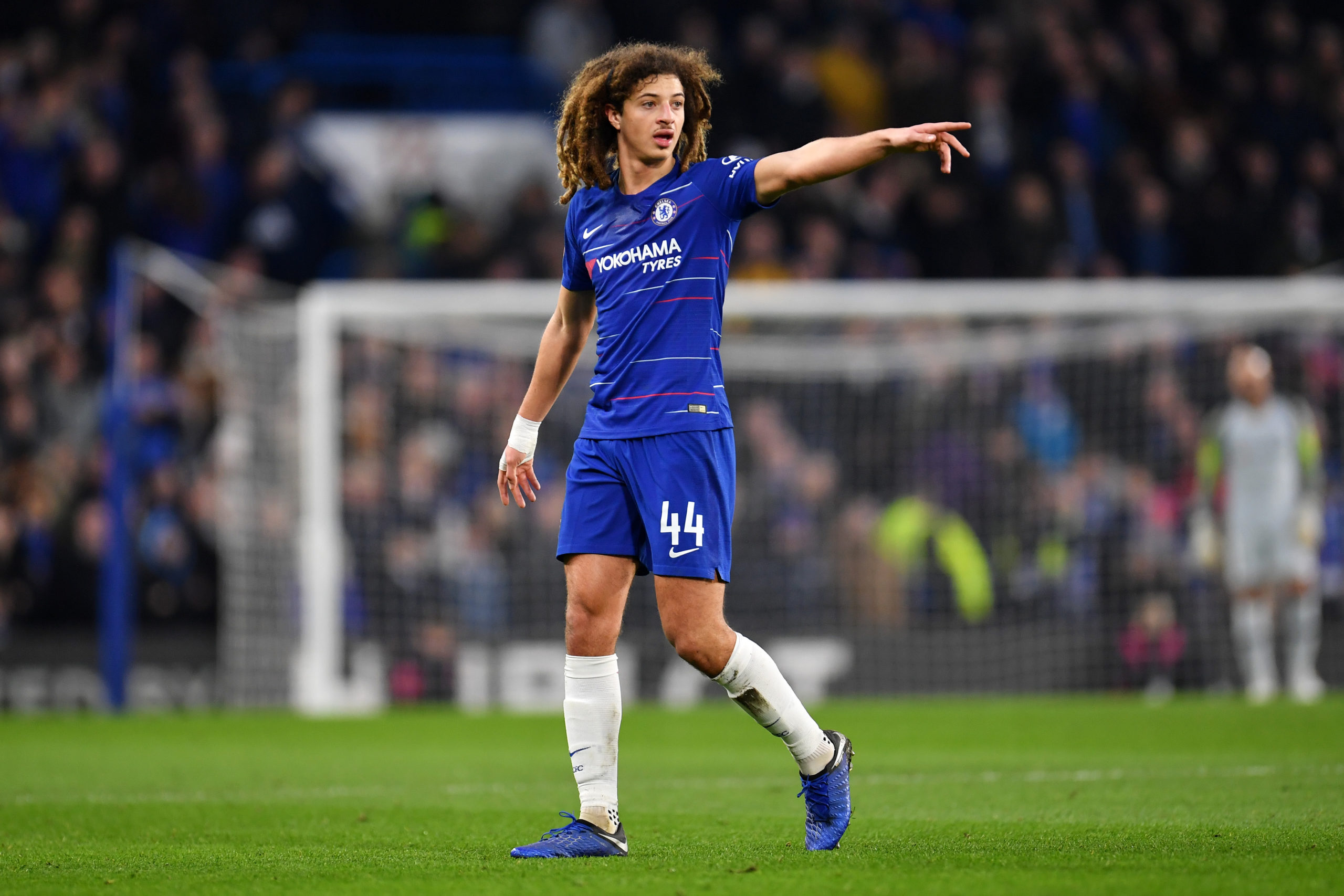 Ethan Ampadu returned to Chelsea after enduring a difficult 2019/20 season in the Bundesliga. The 19-year-old was sent on loan to RB Leipzig at the start of the season. At first, the deal looked perfect fit for the player. Under manager Julian Nagelsmann, the team plays an exciting brand of football with some talented young players in their ranks.

However, things didn’t go as desired for the youngster who could only manage 7 appearances for the club in all competitions. This was largely because Nagelsmann’s team were contenders for the Bundesliga title and he played a settled side throughout the campaign.

Despite going through a difficult season, Ampadu is keen on staying at Chelsea next season to fight for a first-team spot under manager Frank Lampard [source: Goal]. It is understood that the teenager wants to impress his manager in the pre-season and continue his development at Stamford Bridge.

Could this be the right move going forward for Ethan Ampadu and Chelsea Football Club?

Why Chelsea should look to keep Ethan Ampadu this season?

Ethan Ampadu is a versatile player capable of playing at either center-back or defensive-midfield. The reality is that Chelsea has struggled in both areas of the pitch the youngster operates in this season.

N’Golo Kanté’s persistent injury problems throughout the season make him less trustworthy. Lampard has struggled to find the right balance in the middle of the park. The diminutive midfielder is known for his relentless energy and ball-winning abilities. His absence is a huge loss for the club. Meanwhile, young Billy Gilmour who impressed in the 2-0 win over Liverpool in FA Cup, got sidelined with a knee injury and eventually had to undergo surgery. With the manager left unconvinced with Jorginho’s ability as a pivot, Chelsea struggled to find quality options to put in the midfield alongside Mateo Kovacic.

When Frank Lampard took over from Maurizio Sarri at the start of 2019/20, he kicked off his reign with a draw to Bohemians in a friendly. The manager deployed Ampadu in defensive midfield- a role he excelled at. Moreover, for the Wales national team, he is usually deployed as a midfielder by manager Ryan Giggs.

Ethan Ampadu who is the son of former Everton player Kwame Ampadu is solid defensively and can spray passes around the park with efficiency. Although his preferred foot is right, the 19-year-old is equally adept with his left foot to move the ball and find a teammate. He also possesses an accurate long ball in his armory, capable of launching attacks from the back. Had Ethan Ampadu been present in the squad, he could have well been integrated into the eleven and fit the bill.

Another area for concern this season has been central defence. Chelsea conceded 54 goals in the previous season- same as Brighton who finished 15th in the table. The likes of Kurt Zouma, Antonio Rudiger, Andreas Christensen, and Fikayo Tomori featured heavily in the heart of the defense. However, only Zouma has been resilient for the club. Frank Lampard, understandably, is not convinced by the current options and the club is looking to make wholesale changes this transfer window.

Chelsea have been heavily linked with Manchester City defender John Stones in a £20m deal (Source: Mirror). While Stones maybe a good center-back in his prime, he looks low on confidence after falling in the pecking order at City.

Chelsea are also linked with West Ham midfielder Declan Rice who is worth £80m as per Daily Star. Rice, an England international is capable of playing at defensive-midfield as well as center-back. He is a quality player and there is no doubt about that. However, the big debate is if Chelsea has the finances to buy Rice?

Chelsea have had a busy transfer market this season. Having already spent a lot of money in the acquisition of Hakim Ziyech from Ajax and Timo Werner from RB Leipzig, is it feasible for the club to big on defensive reinforcements as well?

If not, Chelsea can look up to a much cheaper alternative. One that will not cost them a single penny- Ethan Ampadu.

Capable of covering both defensive midfield as well as central defense, Ampadu falls into a similar player profile as to Declan Rice. Given the talent that he has and so much experience at such a young age, only a few can argue that Ampadu will not be able to step up in place of Rice.

The Welshman burst onto the first-team scene when he just 15 years old for Exeter City- a record for the youngest player to play for the club at that time. Ever since his youth days, the player has been constantly been compared to former Chelsea teammate David Luiz in terms of playing ability. Like Luiz, Ampadu is a ball-playing central defender who is comfortable playing in the midfield. His composure on the ball to find the right pass amidst constant pressure from the center-forwards belies his age. The 6-foot tall defender is also adept at sniffing danger and makes key interceptions in a game.

These qualities were put on exhibition when he filled-in for a suspended Dayot Upamecano against Tottenham Hotspurs in the first leg of the Champions League Round of 16. Ampadu was used by Nagelsmann as a ball-playing center-back in the middle of a back three. He completed the most passes in the match with a 95% accuracy along with most interceptions made by any player- five in ninety minutes. RB Leipzig managed to keep a clean sheet and secure a 1-0 win.

Lampard, who reverts to a back three in crucial games would love a player like Ampadu in his ranks. He reads the game well and is good at playing out from the back but more importantly a reliable presence in the back. Compared to Zouma, being the kingpin in a back three comes more naturally to Ampadu. His maturity and ability to lead are beyond his age and his international manager Ryan Giggs views him as ‘future captain’.

It took longer than expected to play them all, but Frank Lampard now has 38 Premier League games under his belt. Add Champions League, FA Cup and Carabao Cup fixtures too. It is that time of the year where he sits and reflects on the past and take positives to the future. One takeaway for Chelsea this season has been how they have flourished with their young players, something very few people placed their bet on. Almost every young player barring Callum Hudson-Odoi has repaid the faith of Lampard and there is no reason to believe why Ampadu cannot succeed at Stamford Bridge.