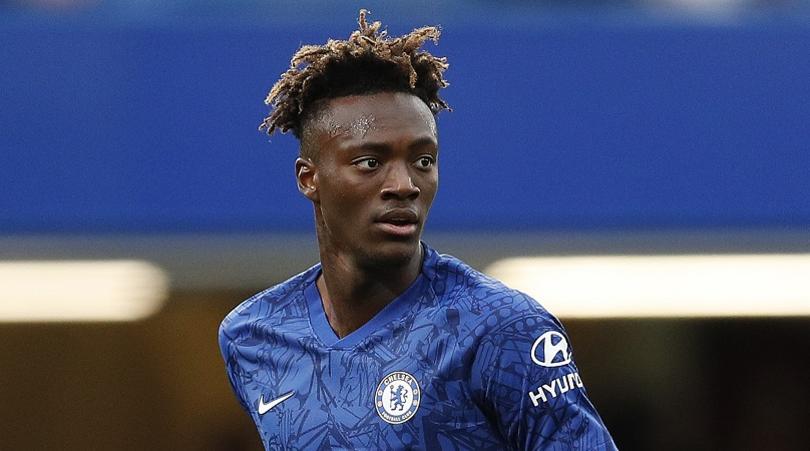 Tammy Abraham started the 2019/20 season as manager Frank Lampard’s first choice to lead the attack. For the first half of the season, the 22-year-old looked like the heir to Didier Drogba’s crown. Wearing the number nine jersey, Abraham scored 12 goals from 19 appearances in the Premier League before January.

However, disaster struck when the England international got sidelined with an ankle injury sustained against Arsenal in January. As the team progressed into the second half of the league, his goals dried up. From the next eleven outings in the league, Abraham could only manage to score twice. Olivier Giroud was preferred over him by Lampard towards the end. Giroud shone like a star and played a big role to their fourth-place finish in the Premier League

With Timo Werner incoming, is it time for Tammy to look elsewhere?

Over the years, Chelsea has developed an unwanted reputation for ignoring talent from the academy for big money purchases. The only notable academy graduate to play at Stamford Bridge before Frank Lampard took over as manager was John Terry. But the transfer ban imposed on the club by FIFA meant it was time to look inwards.

In attack, Lampard pinned his faith on Abraham, an academy graduate of Chelsea. So much so that even when he got injured, the manager would push him to play matches with painkilling injections [source: Daily Mail].

Abraham impressed, scoring 12 goals in the first half of the campaign and it looked like the club had found its first prolific striker since Diego Costa.

However, Abraham burned out too soon. In the second half of the season, he managed to get on the scoresheet on only two occasions. A frustrated Lampard benched Abraham and quickly adapted his tactics, plucking out Giroud from the reserves and accommodating him in the starting eleven.

Giroud made the most of his opportunities with some inspired performances. The French striker scored vital goals against Tottenham Hotspur, Aston Villa, and Norwich City to win crucial games for the club. Apart from the numbers, his presence in the team and selfless nature allowed other players around him to improve. Soon it was clear that Abraham was no longer the preferred forward in the team.

The main difference between Abraham and Giroud was that the latter had pure goal-scoring instincts. Giroud made intelligent runs, created, and exploited space way better than Abraham.

On the contractual side of things, the England international didn’t look too pleased either. His current wages amount to a paltry £50,000-a-week- only three players in the squad earned less than him. Abraham demanded that his wages be matched with fellow academy graduate Callum Hudson-Odoi’s £130,000-per-week wages. Abraham who is Chelsea’s top scorer with 18 goals in all competitions and 3 years senior to Hudson-Odoi, felt underappreciated at the club.

Having lost his starting spot to Giroud, fighting for a place with inbound Timo Werner next season certainly wouldn’t be an easy task. Abraham would be tempted to make a move away in pursuit of guaranteed first-team football.

However, losing a talent of Tammy Abraham’s calibre could prove to be a catastrophe for the club. It could come back to haunt them in the future as the likes of Kevin de Bruyne, Romelu Lukaku and Mo Salah did.

Chelsea is a big club and they will compete in four major competitions- Premier League, FA Cup, and Carabao Cup, and the Champions League next season. Two matches in a week will surely test the squad depth of the West London club and it is highly improbable that Werner will start all games next season. Other than Abraham, Chelsea will have Olivier Giroud in the ranks to serve as back-up to the German.

Giroud has been an able backup to Abraham and has done well in the matches he has played in. However, he will be turning 34 in September. At 34, his days in the top flight look numbered.

With age on his side, Abraham is not just the perfect fit to serve as understudy to Werner but also a proven goal scorer capable of chipping in when needed. His services are still required by the club. Lampard will have to convince him that his development will not be hampered with the arrival of Werner.

Can Werner and Abraham play together?

Werner who prefers to play as a left-sided striker or an inside left-forward could well be integrated with the English striker in the eleven. Abraham who is best attacking loose balls in the box and converting crosses into goals will complement the creativity and pace of Werner well. Lampard prefers playing either 4-3-3 or a 3-4-3. Both systems have seen Lampard have an extra man in attack to assist the striker and with small tweaks, there can be scope for both forwards in a match.

When it comes to playing two strikers in the eleven, Lampard would not have to look elsewhere for inspiration. Some of Chelsea’s most dominant play when Lampard was a player came when Didier Drogba and Nicolas Anelka linked up together forming a potent pair. Anelka played in a wider role similar to what is expected of Werner while Drogba was the central figure in the attack. If Abraham can hone his skills in the pre-season and adapt to the new system, playing both him and Werner could be an option for Lampard to consider.

However, playing two strikers may hamper the development of upcoming star Christian Pulisic. The American forward exclusively occupies the left side in the attack which likely to be where Werner operates if he plays alongside Abraham. Pulisic has arguably been Chelsea’s best player after the restart post lockdown. He has scored 5 goals and assisted twice from eleven appearances for the Blues.

Hakim Ziyech who has already arrived from Ajax predominantly plays on the right. Kai Havertz, another player who is rumoured to be on his way to Stamford Bridge is also capable of playing on the right side apart from attacking midfield. With Callum Hudson-Odoi waiting in the wings, switching sides is simply not an option for Pulisic. Next season could prove to be challenging for him if Lampard opts to play both Abraham and Werner.

Tammy Abraham performed admirably in the first half of the season. He was competing with the best strikers in the likes of Sergio Aguero and Pierre-Emerick Aubameyang for the golden boot. Had it not been for the ankle injury, Abraham could have been a contender for the award. While this season he finished as Chelsea’s top scorer in the league with 15 goals, last season was his best in terms of goals scored. Playing for Aston Villa in the Championship Abraham scored a colossal 26 goals in 40 appearances. He was the second-highest goalscorer in the competition only behind Norwich City’s Teemu Pukki.

Abraham is an impressive young player who can chip in with crucial goals for the team. He provides a different quality in attack as compared to Werner or Giroud. Tammy Abraham is a home-grown talent with fire in his belly. In the past, he has expressed his willingness to stay at the club and fight for his spot. Letting Tammy leave the club could prove to be a costly mistake, one that Chelsea should look to avoid. The club should keep Tammy Abraham around the first team next season as he could well be crucial to its success.