Here is why Chelsea should sign 30million rated Cameroonian star 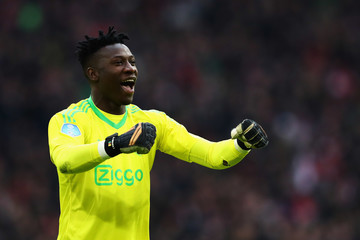 Jan Oblak, Marc Andre Ter Stegen, Dean Henderson & Nick Pope. Each one these 4 names have been somewhat linked close to Chelsea this summer, but none of these seems to be working out for the blues.

Frank Lampard’s headache of offloading Kepa Arizabalaga is increasing day by day in a market looking to spend less and buy quality players, the two criteria which the Spanish international has failed to meet in the past 2 seasons.

The Blue’s have now been linked with a less popular goalkeeper who plays for Ajax Amsterdam.

Andre Onana could just be the perfect addition to the Lampard’s squad overhaul for the 2020-21 season. Chelsea has scouted Onana for quite some time now, and are confident that Cameroonian International can give them the persistence that they have missed between the sticks since the departure of Thibaut Courtois.

Ajax has placed a price tag of €30million on the Cameroonian International. The goalkeeper has conceded just 21 goals, averaging a 72% save rate per shot on target and has kept 8 clean sheets in 24 appearances for the Dutch club this season. Those numbers are far superior to Kepa’s 50% save rate, 8 clean sheets and a tally of 47 goals in 33 appearances. This comparison proves why Chelsea need to sign a goalkeeper better than the current one they still own.

Metro News reports that Ajax CEO Edwin van der Sar has warned the clubs interested in signing the goalkeeper that the pandemic will not affect the price tag placed on the Cameroonian International.

This transfer may be on the less important pages of Chelsea’s books right now, but as far as Frank Lampard is concerned, Onana is closer than ever to be playing for the Blues.