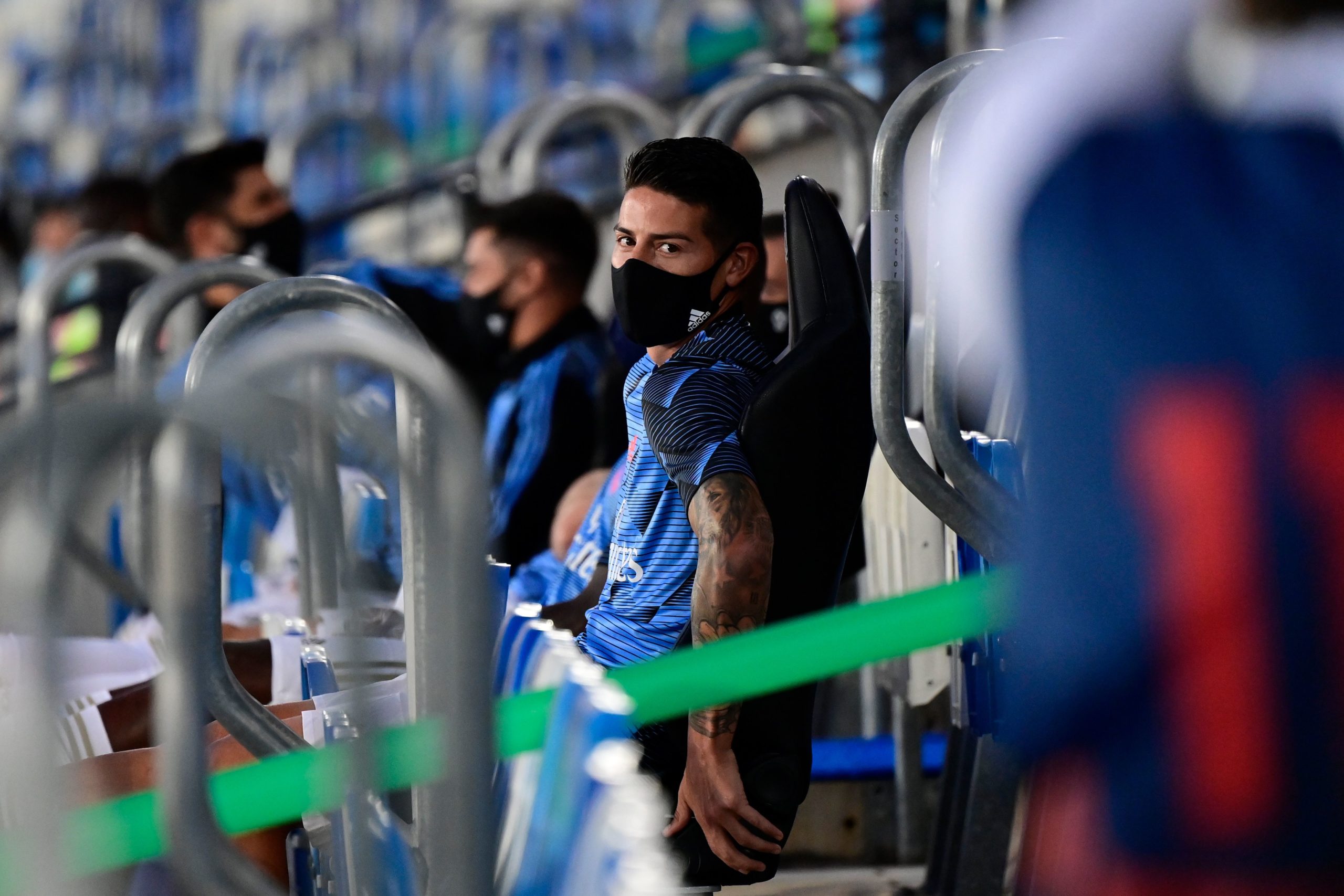 The separation between James Rodriguez and Real Madrid is going to happen this summer. The Colombian superstar is surplus to requirements at Real Madrid and Zinedine Zidane has given the nod for his sale.

Real Madrid is trying to sell the 29-year-old playmaker and have slashed their initial asking price. Earlier, the services of James Rodriguez would come with a price tag of £40 million which was further reduced to £20 million by a COVID discount.

James Rodriguez wants a move to the Premier League.

According to Le10 Sport, James Rodriguez appeared on Daniel Habif’s podcast and admitted that a move to England would be a ‘good thing’.

He said: ” I’ve been in several good leagues before and all that’s missing is Serie A and the Premier League, you have to see where I want to go or where they want me to go. Going to England would be a good thing, it’s a top league”.

The player’s admission has put the Premier League clubs on alert with Chelsea, Manchester United, Tottenham, Arsenal and Everton reportedly interested in the Columbian Playmaker.

This is Madrid’s last opportunity to cash in on him, given his contract expires in July next year. Real, however, are set to make a large loss on the £60m they paid for him six years ago.

Real Madrid is looking to raise an amount of £200 million from player sales in this summer window and are open to selling the Columbian for a price of £20 million this summer.

Frank Lampard should look to add the Real Madrid player to his rooster, with his playmaking a huge addition to the team.
James can also play as a traditional winger, a No 10 and a secondary striker if needed.
James turns 29 next month and is supposed to be in his peak years. Splashing £23 million for him should be a no-brainer for the blues.