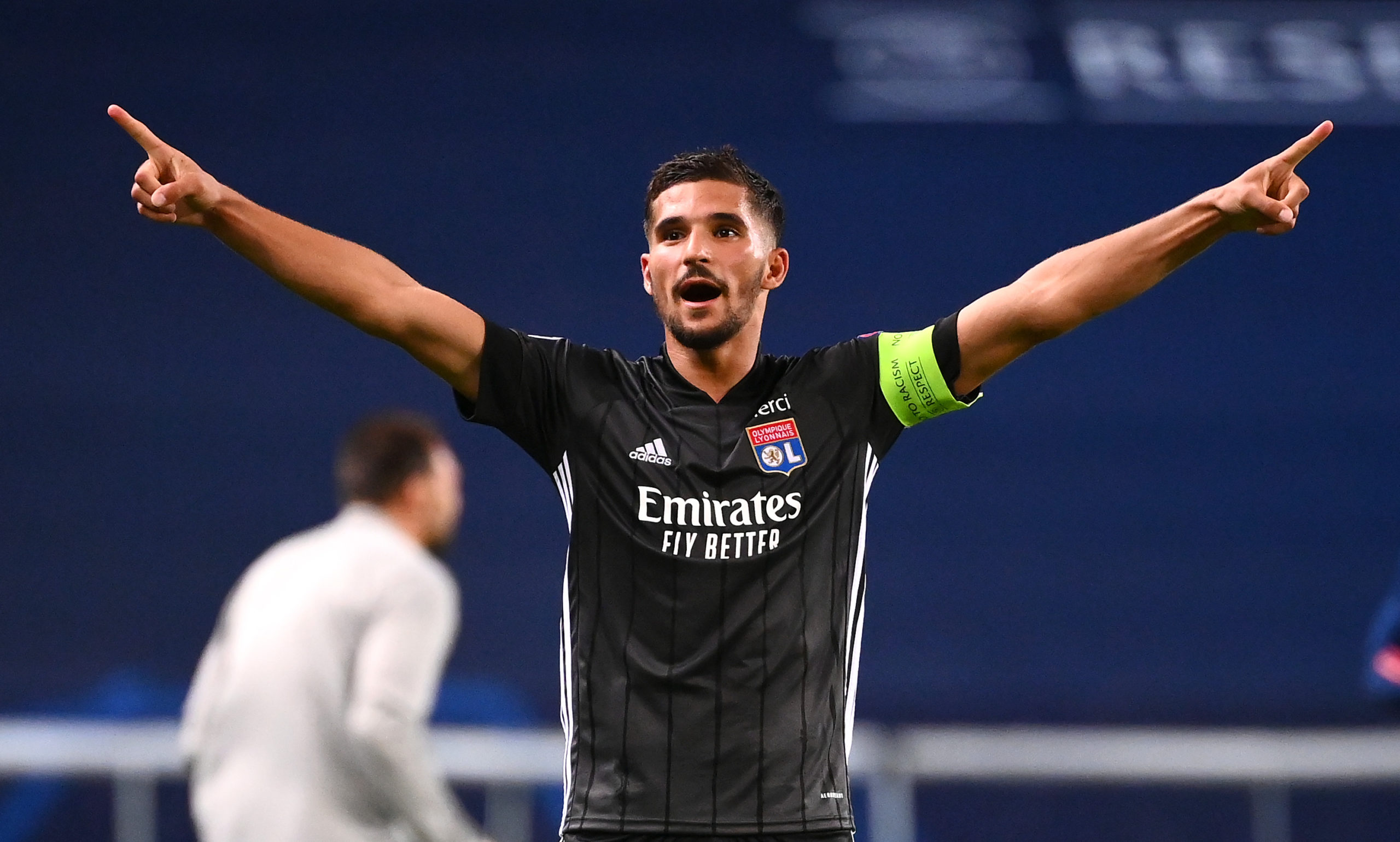 Houssem Aouar has become a hot property in England after his world-class performance in the Champions League quarter-final against Manchester City.

The Lyon midfielder’s performance in the quarter-finals has certainly caught the eye of London rivals Chelsea and Arsenal.

Reportedly on Chelsea’s radar, Aouar has scored 9 goals this season and assisted 11 others in what has been a stellar campaign for the French midfielder.

Aouar has been on the radar of Premier League clubs for quite some time, with Arsenal reportedly registering their interest.

Chelsea is also keen to add the French talent into their squad, with Frank Lampard preferring players who are young and efficient to overhaul his squad for the next season.

The latest reports claim that the Gunners have seen a bid of cash plus Matteo Guendouzi rejected for the midfielder by Lyon.

Arsenal fans were quick to praise the midfielder for his performance in the quarters and have demanded of their club sign the French Midfielder.

According to the latest reports from French publication L’Equipe, Lyon has told the midfielder’s suitors that Houssem Aouar will cost up to €60M (£54M).

Arsenal and Chelsea are both looking to sign the player, with or without the price tag. The two London clubs switch a lot of players between them and it is a delightful bidding war