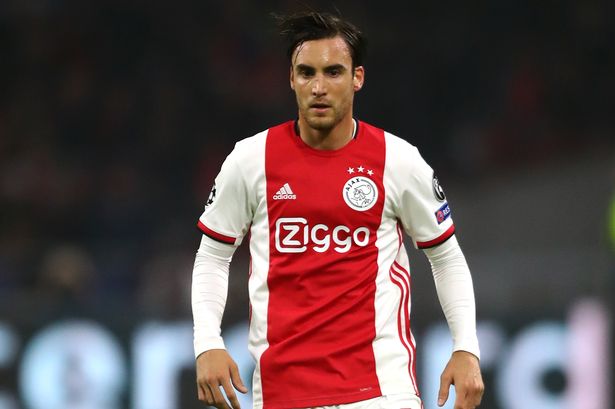 According to Sky Sports, Chelsea have joined the likes of Atletico Madrid and Barcelona in the race to sign Nicolas Tagliafico from Ajax this summer.

The Blues are on the search for a new left-back ahead of next season with manager Frank Lampard said to be unconvinced over the displays of Marcos Alonso and Emerson.

Emerson, in particular, has been linked with a potential move away from Stamford Bridge this summer and it appears that the club are looking into different options.

Leicester City’s Ben Chilwell was initially identified as the main target for the club, but they were put off by the Foxes’ £80m valuation for the England international.

The east Midlands outfit have softened their stance on the price tag in recent weeks, but the Blues are yet to finalise any sort of agreement for the 23-year-old.

Instead, they are looking into a potential move for Tagliafico, who has been impressive form for Ajax since making the switch from Independiente two years ago.

The Argentine has the knack of making key contributions in the attack and he managed five goals and five assists from 40 appearances for Ajax last term.

Meanwhile, he has also been defensively solid and managed an average of three tackles and two interceptions last season. He fared much better in the Champions League with nearly five tackles per game during the group stage.

Hence, the 27-year-old has proved a solid performer on both ends of the field. Tagliafico does not possess the height advantage at just 1.72m, but that has not proved a weakness for him with an average of two aerial duels won during the previous campaign.

The Argentine is currently valued at around £22m. He could prove a quality addition to the Blues’ backline ahead of Chilwell, who would cost at least £50m even if the Foxes are willing to reduce their asking price.

Tagliafico has already proved that he is capable of impressing against elite European clubs after starring against the likes of Juventus and Real Madrid and he should not be fazed by the demands of Premier League football.