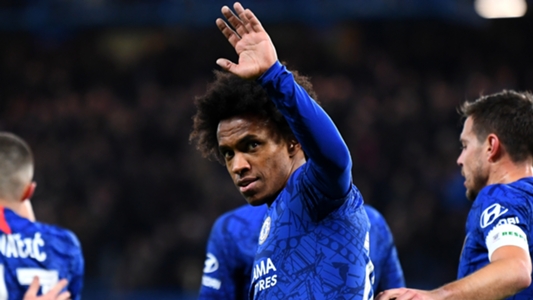 Chelsea manager Frank Lampard faces a selection dilemma over Willian ahead of the club’s FA Cup final against Arsenal on Saturday, The Sun reports.

The Brazil international is currently contracted to the Blues until the conclusion of the domestic campaign and he is scheduled to leave them on a free transfer, immediately after the FA Cup final.

Meanwhile, Willian has been strongly tipped to make the move across London to join rivals Arsenal and hence, they are concerns over his commitment for the Cup final this weekend.

The 31-year-old has been a regular starter under Frank Lampard over the course of the current campaign and he has been preferred over the likes of Callum Hudson-Odoi for the right-wing role.

He has delivered with a number of crucial performances this term and he is currently enjoying his best-ever return with the club with 11 goals and nine assists across all competitions.

Lampard has regularly said that he would prefer to keep Willian, but the player’s agent Kia Joorabchian has confirmed that the winger will leave the club as they are reluctant to meet his demands for a three-year contract.

Joorabchian added that there are two concrete offers for the Brazilian to remain in the Premier League and it appears that the Gunners are leading the hunt for his signature.

Willian will be in contention for the FA Cup final after sitting out the Wolverhampton Wanderers game with a minor injury. It remains to be seen whether Lampard will choose to pick him from the starting XI, knowing that he will part ways with the club following the game.