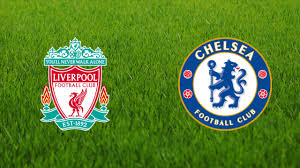 Chelsea go into the game full of confidence following arguably the best performance of the season on Sunday. The Blues will confirm a Champions League spot with a win at Anfield this evening. The Reds have taken their foot off the gas since clinching the title, and tonight is all about the long-awaited presentation of the premier league trophy.

There’s a goalkeeping dilemma for Lampard to decide on. Kepa Arrizabalaga has been under increasing pressure as poor form has continued throughout the season. Willy Caballero came into the side on Sunday, but in truth wasn’t tested as much as we expected. I think Frank will revert back to Kepa with this being a return to league action. With three centre-backs, there’s no reason to change from the weekend victory. Kurt Zouma, Antonio Rudiger, and Cesar Azpilicueta all showed determination in a system that worked perfectedly.

Mateo Kovacic was a force in the centre of the park on Sunday. Jorginho performed well in doing his job. However, I’d be tempted to play an inform Mason Mount in a central role. The wing-backs pick themselves. Marcos Alonso, and Reece James looked extremely comfortable against United. The latter in particular had great success foraging down the right. The youngster also gave the midfield some brute force by coming inside on occasions.

Christian Pulisic would be my only change. The American missed out due to a slight knock at the weekend. It’s likely, if fit, he will return. Olivier Giroud scored yet another goal, and his all-around play has been excellent. It’s a must that the Frenchman continues in the striker role. Willian has been excellent since the restart, and I so no reason for him not to start yet again.

It’s a tough one to call this. Liverpool have had their foot off the gas, but will want to show a performance as they await the premier league trophy presentation at fulltime. Chelsea still need the points to secure top-four. A win would assure we play Champions League football next season. Prediction: Liverpool 1 Chelsea 1