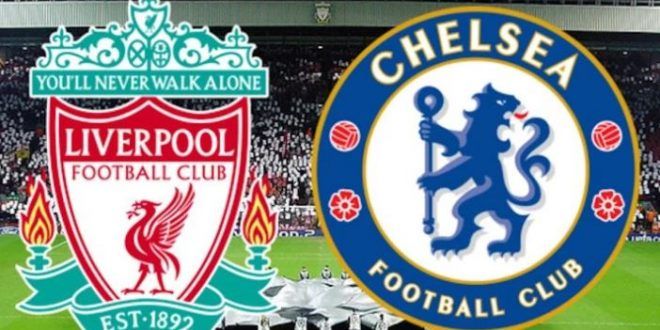 After the pleasant surprise of the FA Cup semi-final and a win against United at the weekend, thanks, in part, to the benevolence of De Gea, tonight’s game sees us at Anfield to take on Liverpool. Not only take them on, but give them a guard of honour and then try to soak up the pressure they’ll undoubtedly put us under. They come into tonight’s game off the back of a rare defeat and without a win in their last couple of games, so there is no way they’ll want to risk losing their last home game of a title winning campaign. With things so tight at the top, we couldn’t pick a worse time to be playing them.

We come into tonight’s game off the back of a convincing win against United but our form in the league has been less convincing and we don’t have a good record in this fixture. Klopp will pick the strongest XI he’s got for the penultimate game of the season and we’ll be up against the sort of performance they put in to win the title.

Nothing about this game fills me with confidence.

Going into today’s game, Liverpool manager Jurgen Klopp, says “I expect a good game from us and unfortunately a good game from Chelsea as well, and in the end we will see what happens exactly.  It’s not the easiest game I ever prepared with a team, to be honest, because there are two things tomorrow night. Usually I don’t have to think about something else apart from the football game, which helps me a lot because I can really be focused. I will try that and I know the boys will try that as well. In the end, we only can win when we are at 100 per cent and we will see if that’s possible tomorrow night.

We have to go for something as well, it’s not that we only are there and wait until the party starts. We have to save a record, a home record, stuff like this [so] for us as well there are some targets. Again, we have to see, how we do always, how we deal with it. I’m very positive that these boys will put a proper performance out there on the pitch but if it’s enough, we have to show tomorrow night.”

Chelsea manager, Frank Lampard, meanwhile says “Liverpool and Manchester City have shown an incredible consistency that only comes through hard work and with fantastic players and fantastic coaching.  We’re at a different point in the curve and we have to respect that and work towards it. The points don’t lie over the last few seasons but we have to have some strong targets and we want to close that gap.

I am happy to give them (Liverpool) a guard of honour.  As for the trophy lift, we will see because it might depend on other factors after the game. We go there with huge respect, we have to respect a team that won the league well.”

For Liverpool, Joel Matip (foot) and Jordan Henderson (knee) are out but James Milner is expected to return.

For Chelsea, N’Golo Kante (hamstring) and Billy Gilmour (knee) remain out and Christian Pulisic will need to be assessed.