‘He’s the Best’, ‘Elite’, some Chelsea fans praise one player after win vs Man United 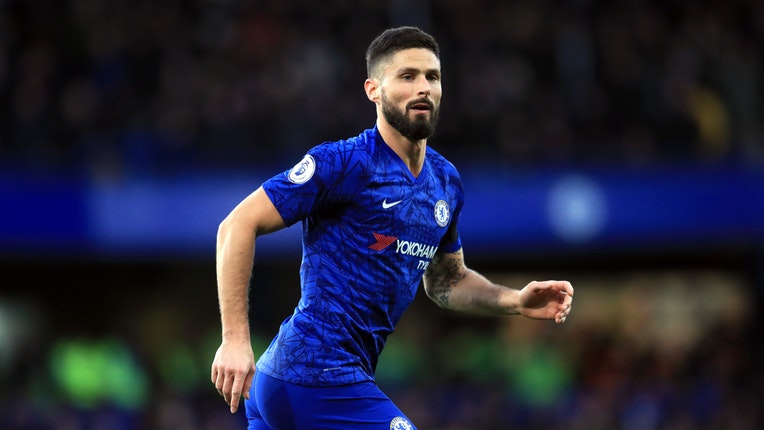 A selection of Chelsea supporters have heaped praise on Olivier Giroud’s performance during their 3-1 win over Manchester United in the FA Cup semi-final yesterday.

The Frenchman has been in fine form since the restart and he had gone into Sunday’s game with a goal in each of his previous three starts for the Blues.

The 33-year-old has not had the best of records against United with just two goals from his previous 16 meetings, but he bagged the opening goal at Wembley after beating David de Gea at his near post before half-time, with a flick from a Cesar Azpilicueta cross.

Besides his goal, Giroud was impressive with his hold-up play during the course of his 79 minutes on the field and he ended up winning six aerial duels, the most by any player on the day (whoscored).

This has definitely delighted some of the club’s faithful on Twitter and here are some of the reactions following the victory, which ensured the Blues’ progress to a 14th FA Cup final.

The 33-year-old found himself behind Tammy Abraham and Michy Batshuayi in the selection order at the start of the season and the impressive scoring form of the former kept him out of the starting XI.

With no appearances during the festive schedule last year, it seemed that he was heading through the exit door. Fortunately, his January departure was blocked because of the club’s inability to find a replacement.

That has proved a blessing in disguise, considering Giroud has been in fine scoring form since the beginning of February. On either side of the coronavirus shutdown, he has registered seven goals from 13 outings.

The Blues will shift their focus to Premier League action in midweek where they are scheduled to face newly-crowned champions Liverpool at Anfield on Wednesday night.

They are currently third on the table with a one-point gap over Leicester City and Manchester United with two games to play. A victory over the Reds would ensure their Champions League spot next term, given the Foxes have just one match left.

Giroud will have a key part to play against Jurgen Klopp’s side. The former Arsenal man has an impressive scoring record against the Reds with seven goals from 15 meetings.

‘I am loving it, ‘everyone knows how I feel about the club’ – Frank Lampard speaks about life as Chelsea boss
‘Absolute class’, ‘An Asset’, some Chelsea fans praise one player after defeat at Liverpool