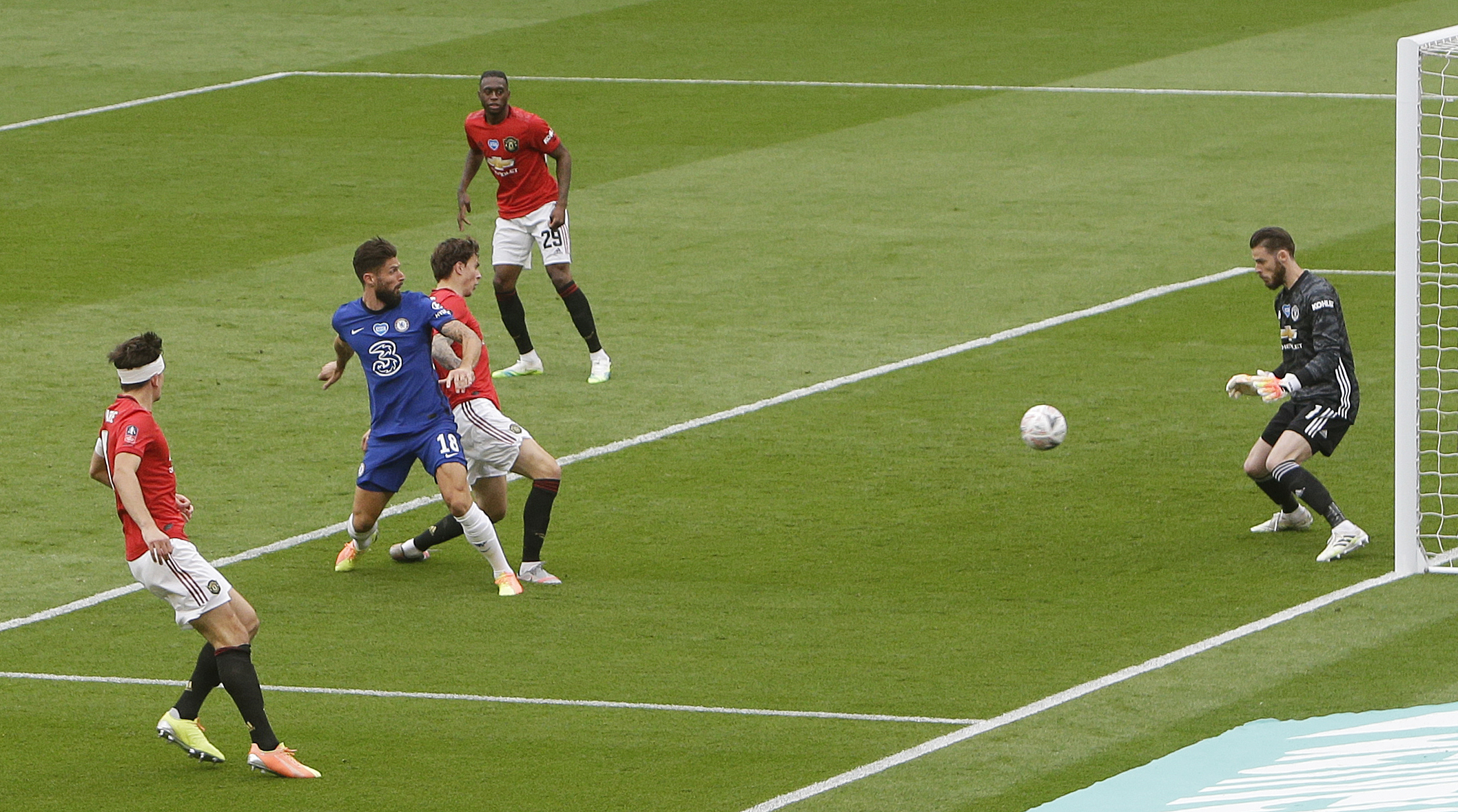 Former Chelsea star Cesc Fabregas has praised Olivier Giroud after he opened the scoring during the Blues’ 3-1 win over Manchester United in the FA Cup semi-final on Sunday.

The 33-year-old has been in fine form for the west London giants since the season restart last month and he bagged his fourth goal from as many starts during yesterday’s clash.

The scores were level at 0-0 for nearly the entirety of the opening half until Giroud scored from close range from a Cesar Azpilicueta cross in the 11th minute of extra-time.

Giroud made his run towards the near post of David de Gea and he managed to flick the ball towards the Spaniard’s right which crept into the back of the net.

The movement leading to the goal definitely pleased Fabregas and he hailed the ‘fantastic mentality’ of the French striker in a post on his official Twitter account.

The Blues eventually registered a comfortable 3-1 win. A long-range strike from Mason Mount and a Harry Maguire own goal saw them go 3-0 up before Bruno Fernandes bagged a consolation strike for United from the penalty spot in the 85th minute.

The victory ended a run of three losses against Ole Gunnar Solskjaer’s side. Chelsea have progressed to their 14th FA Cup final, where they will face London rivals Arsenal at the Wembley Stadium on August 1.