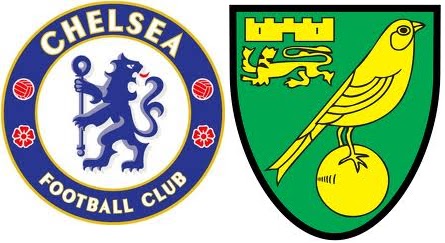 The weekend’s game against Sheffield United was embarrassing. Not the loss necessarily because they’ve held their own this season, it was more the manner of the defeat I have a problem with. We’d got ourselves into third place, a top four finish was in our hands and our players completely failed to turn up against the Blades. Maybe they didn’t see City’s let off from a Champions League ban coming and thought they’d get away with limping over the finish line in fifth place, but now they’ll know differently.

Leicester and United have both dropped points but if our players think they can afford any more below par performances in the remaining games, then we could be in for a rough end to the season.

Tonight’s opponents have already been relegated, so the pressure is well and truly off them. Teemu Pukki has not seen sight of goal in the league since January, so unless Frank dishes out masks to our defence, Pukki is guaranteed to score tonight against a defence who continue to adhere to social distancing guidance.

Going into today’s game, Chelsea manager Frank Lampard, says “We are at a critical stage of the season. We know what is in front of us. We have to try to finish the job. We are sitting third, it is in our hands. This morning (City appeal) has just made it clear now and we have to fight for it.”

Norwich Manager Daniel Farke, meanwhile, says “Once relegation is confirmed you feel the pain, but I’m in a leading role and have to be a role model. It’s important to show character and personality in these moments, not just because its our job, but to show class even in difficult times. I want us to go out on the pitch to represent the yellow shirt. Once relegation is confirmed, it isn’t possible to enjoy the game, but it is an honour to play in the best league in the world. It’s our chance to create momentum. We want to look back in ten years and say it was a shame we couldn’t stay in the league but we gave ourselves the best finish.”

For Chelsea, N’Golo Kante (hamstring) and Fikayo Tomori remain out. Andreas Christensen has recovered from a knock and Mateo Kovacic is also available.