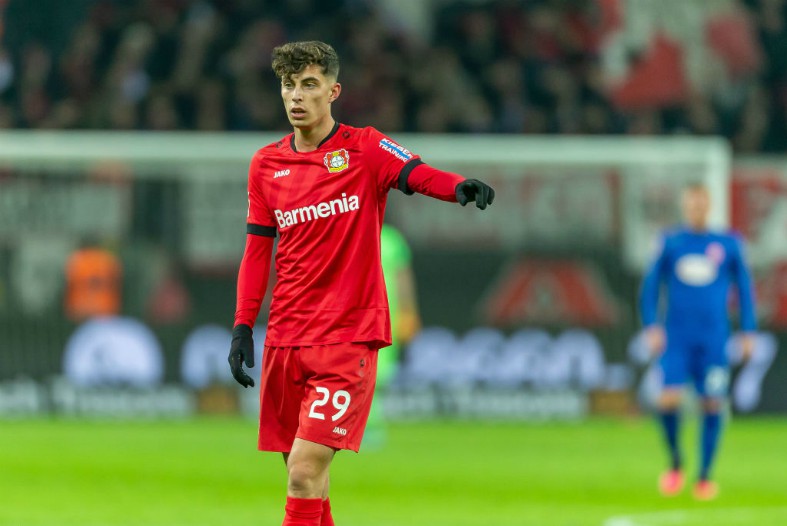 Reputed Italian journalist Fabrizio Romano has revealed that Chelsea’s hierarchy have made contact with the representatives of Kai Havertz regarding a possible summer move for the attacker.

The Germany international has been in impressive form for Bayer Leverkusen during the course of the 2019/2020 season and he has registered a tally of 17 goals and nine assists from 43 appearances in all competitions.

Over the past few weeks, Frank Lampard’s side have been regularly associated with the player’s services and as per Fabrizio, the board have been in touch with the attacker’s agents.

He added that the 21-year-old would like to join the Blues as the next step because of the sporting project and Timo Werner could play a part in convincing him over the move.

The Blues may not face any stumbling block in terms of negotiating the personal terms, but they would still have to meet the £81m (€90m) price tag set by the Bundesliga outfit.

Lampard would have been disappointed with the failure to spend during the January transfer window after the transfer ban imposed by FIFA was lifted by the Court of Arbitration for Sport.

However, the hierarchy seem keen to make amends during the summer and they have already strengthened the attack with the purchase of Werner and Hakim Ziyech from RB Leipzig and Ajax respectively.

While the defence needs to be improved ahead of next season, Havertz remains at the top of their summer wishlist, as he can play anywhere across the attack as well as drop into a central midfield role.

Bayern Munich have reportedly dropped out of the race with their recent signing of Leroy Sane from Manchester City and the Blues are definitely favourites to land Havertz so long as they can reach an agreement with Leverkusen over the transfer package.