Lampard labels this Chelsea Player as a ‘Big Positive’ 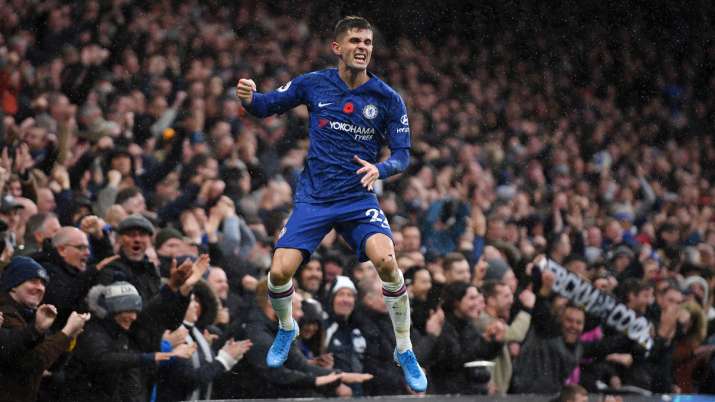 Frank Lampard has labelled Christian Pulisic as a huge player for Chelsea after the young American’s strong show in the 3-2 loss against West Ham. Pulisic came at a sizeable transfer fee of £57 million and inevitable comparisons – due to the similarity in style of play – to Eden Hazard. There have been very few American internationals to succeed in the Premier League. Pulisic, then, was seen more of a player signed to increase the club’s marketing potential.

This, however, does not appear to be the case with Pulisic turning impressive performances more often than not. The 21-year-old has come up with two goals in the last three games since the restart, while he was instrumental in almost helping Chelsea nab against the Hammers on Wednesday night. Pulisic’s overall stats this season is an impressive 7 goals and 2 assists from 19 league games. According to Goal.com, Lampard said:

“A big positive. He’s playing really well, as we can all see. Him and Willian as well. Willian gets his two goals.

“But with Christian I think it’s more like earlier in the season when he had a patch in the run up to Christmas where he was playing towards his level.

“Then he got injured and has been out for a long time. It’s nice to see him back, fresh and hungry, and playing with the quality he has. He’s a young player with great talent.”

Pulisic’s biggest problem has been with injuries. If he manages to get that out of the way and be a regular feature like Hazard, there is no reason to believe that he would not hit the heights of the Belgian. Even with competition from Hakim Ziyech and Timo Werner about to come, Pulisic is in a strong position.