Lampard names his most important player at Chelsea 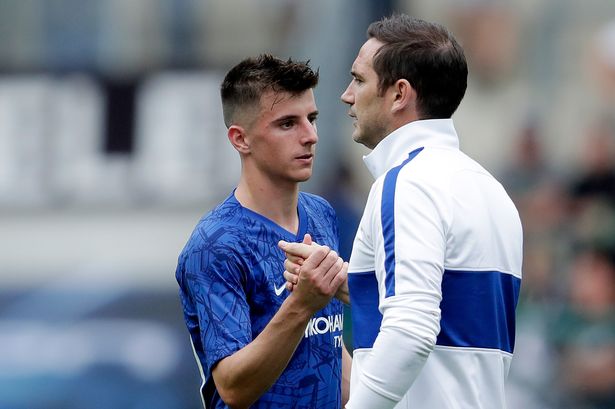 Frank Lampard has labelled Mason Mount as his most important player by a huge distance. This comes as a huge praise considering that Chelsea’s squad has many influential players like N’Golo Kante and more. Mount has had a huge leap in his career. He has come a long way since his days on loan at Vitesse Arnhem and Derby County. His spell with Derby, where he played under Lampard, might have sparked a remarkable relationship. Regarded as one of the greatest Premier League midfielders of all-time, Lampard is in a strong position to guide and mentor the young Mount.

For his part, Mount has worked extremely and he is constantly among the top three players in terms of distance covered at the end of a game. Mount broke into the Chelsea first-team with a flurry of goals, but that has dried up from his game. It is not down to the lack of involvement though. Lampard has been quick to point out the same. According to Goal.com, he said:

“He brings so much to the team in his work ethic and the way he can start the press in midfield and obviously his quality on the ball which is only going to get better and it’s already at a high level.

“When I say Mason, I mean Billy [Gilmour] and Reece [James] in the same breath because they show a similar attitude.”

Mount was taken off at half-time in the recent match against Aston Villa. He was not the only player to struggle for impact at Villa Park, as youngsters Reece James and Billy Gilmour were also taken off. Gilmour was particularly disappointing as everything he tried came off worse. Still, Lampard retains the faith as young players are prone to having such off-colour days.

When do Chelsea fans get to see Ziyech and Werner? – Lampard reveals
Lampard labels this Chelsea Player as a ‘Big Positive’