This Chelsea Midfielder’s Transfer Value Has Shot up, Claims Agent 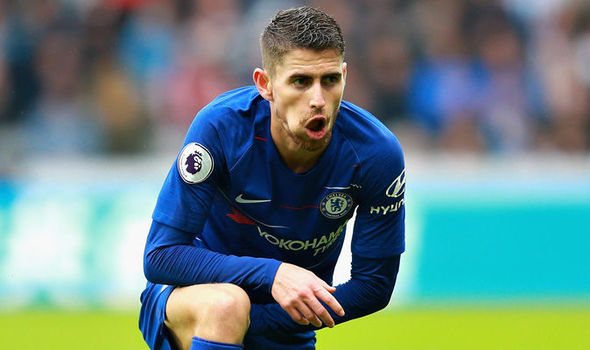 After much speculation about an impending transfer, Jorginho’s agent says that his client is unlikely to leave Chelsea this summer. The 28-year-old was heavily linked with a return back to Italy – a move that would reunite him with his former boss, Maurizio Sarri.

According to Calciomercato, Jorginho’s agent, Joao Santos, has sensationally claimed:

“His price-tag has certainly gone up over the last two years, as he has done well in London and become a regular for Italy.

“I think it’s very unlikely an offer will come in for Jorginho, because nobody can afford to make that kind of investment in the market right now.

“Because of the pandemic, nobody knows when we can return to normal or even play with fans in the stadium, so that’s a big problem for the transfer market.”

On numerous occasions in the summer, Jorginho’s agent claimed that a number of clubs were showing interest. The situation has completely turned around for the midfielder, who signed for Chelsea in 2018 for £52 million. Even though Jorginho has had an up-and-down time at Stamford Bridge, there are signs that he would be a key player in Lampard’s vision for the club.

Jorginho’s contract with Chelsea still has three years to run and the club are unlikely to be thinking about a renewal. If the transfer rumours were artificially generated by the agent to try and secure a new contract, the strategy has failed to ruffle any feathers. In fact, Chelsea are looking to strengthen the midfield with the signing of Kai Havertz, who would cost in excess of £80 million.